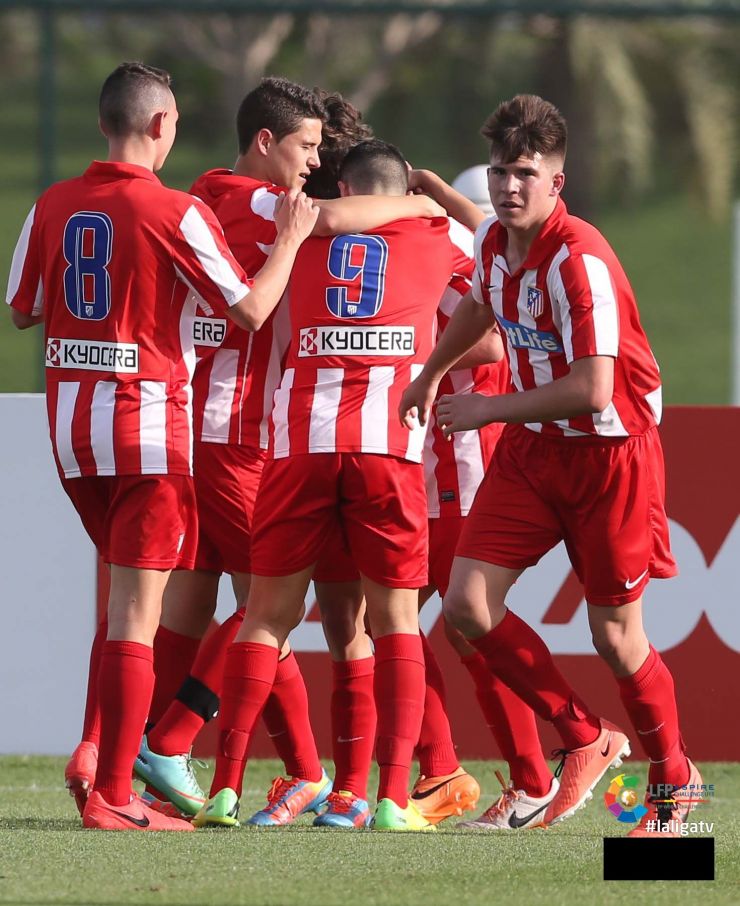 Atlético, winners of the gold final in the first Under-15 LFP Aspire Challenge

The rojiblancos were crowned champions of the first edition of the tournament after a passionate match with Villarreal.

Villarreal CF took a two-goal lead but the rojiblancos responded and levelled the match at 2-2 towards the end of the game. The clash was decided in a penalty shootout, where Atlético were crowned champions of the first edition of the tournament.

For its part, Sevilla won the silver final after beating UD Almería 1-0 with a goal from José Francisco Figueredo. The Andalusian side recovered from the defeat at the hands of Valencia CF (1-2) in the first match of the tournament with three wins on the trot en route to the final.

Early in the afternoon, in the bronze final, RC Celta de Vigo beat Real Sporting de Gijón 5-1. The Galicians demonstrated their superiority, showing off some of the celestes’ young guns. Manuel Dávila, Alejandro Fernández, Marcos Alonso, Javier Ben Lago and José Francisco Alves all scored for the visitors. Daniel Sandoval, for his part, managed a consolation goal for the Asturian outfit.