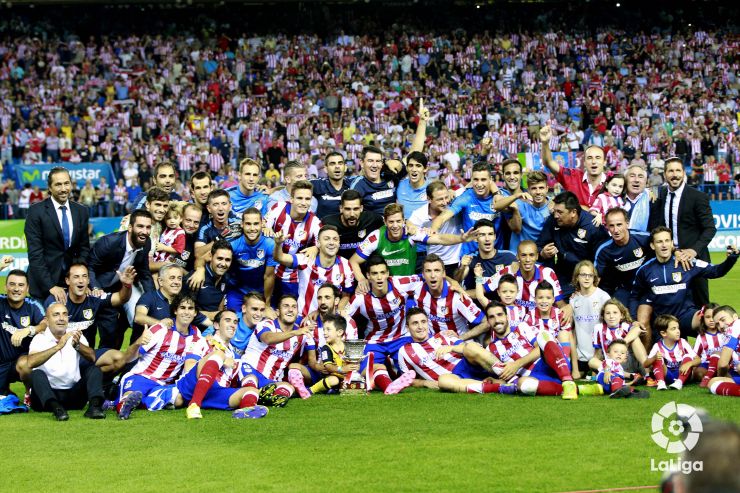 The Rojiblancos won thanks to a 1-0 second leg victory with an early goal from Mandžukić.

Club Atlético de Madrid won the Supercopa de España thanks to a hard-fought victory over Real Madrid CF in the second leg. The 1-1 result and away goal from the first leg was backed up by a 1-0 win at the Vicente Calderón by Diego Simeone's men.

The Rojiblancos came out of the blocks firing, and took only two minutes to get themselves ahead. Mario Mandžukić ran onto an Antoine Griezmann header, and made it 1-0. Real Madrid reacted, and in the 24th minute Miguel Ángel Moyá denied James Rodríguez in what was the Whites' best chance of the night.

The Colombian did not have a lot of luck in front of goal, and neither did Gareth Bale as he dragged his shot wide as the Whites got closer to the home side's goal, but it was Atlético who had the advantage at the break.

The home side once again showed intent from the off in the second half, and Raúl García's flick hit the bar and bounced down on the line before being scrambled away.  Long range effort from Koke set pulses racing once again at the Calderón, who supported their team from first minute to last. In the end, 1-0 was enough for Atlético to lift the Supercopa de España.