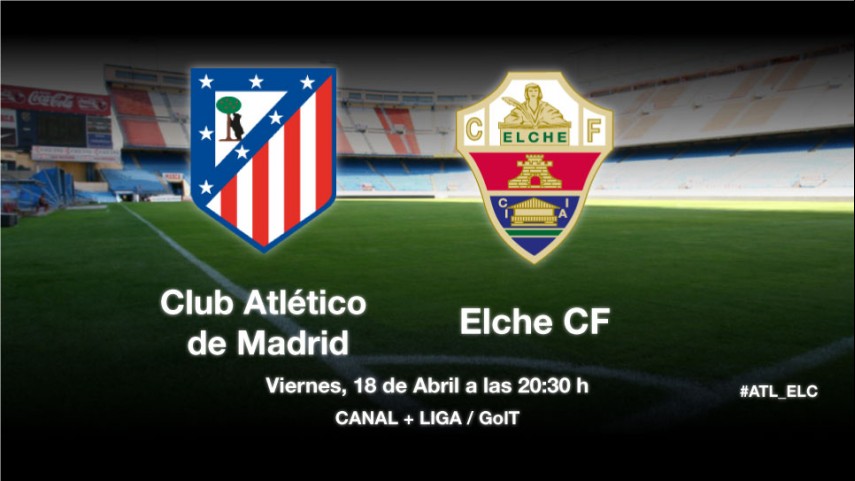 Atlético want no surprises versus Elche

Simeone's men will fight to stay unbeaten at the Vicente Calderón, a ground that Elche visit aiming to move away from the relegation zone.

Club Atlético de Madrid and Elche CF will go face-to-face in the first game of matchday 34 of the Liga BBVA this Friday at 8.30 pm, at the Vicente Calderón Stadium.

Atlético, the league leaders, have been insurmountable since 23 February when they lost 3-0 to CA Osasuna. The Madrid team goes into the final stages of the championship in the top spot, with a three-point lead over their nearest challenger, Real Madrid CF. Diego Simeone will be without midfielder Arda Turan for this match. "The only thing we’re worrying about is playing as well as possible against Elche", said the Argentine manager in a press conference.

Fran Escribá’s men, meanwhile, sitting in fifteenth place in the table, will be seeking to open the gap that separates them from the relegation zone. Escribá, who returns to his former home ground, said, "If we’re going to win we have to play with intensity, keep it tight and take our chances". The Valencian manager will be without defender Edu Albacar and forwards Álvaro Giménez and Manu del Moral, all through injury.