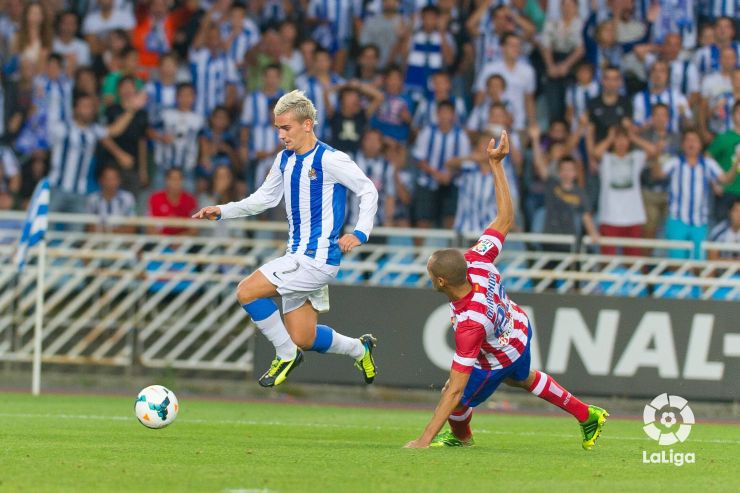 The French winger will play with the reigning Liga BBVA champions for the next six seasons. He was previously with Real Sociedad.

The Liga BBVA champions, Club Atlético de Madrid, are continuing to reinforce their squad as they prepare to defend their title. The Rojiblancos have officially announced that Antoine Griezmann has signed a six-year deal with the club.

The young French forward makes his way to the Vicente Calderón with the aim of forming a strong partnership with another of the Rojiblancos’ big summer signings, Mario Mandžukić. Griezmann, who reached the quarter-finals of the most recent FIFA World Cup with France, has been part of Real Sociedad’s first team for the last five seasons. He has developed at a spectacular rate with the Basque club, culminating in a fantastic Liga BBVA campaign with the team last season.

As well as that, Griezmann showed off his attacking qualities last season, recording his biggest ever goals tally: 16.

Born in France 23 years ago, he has spent his entire professional career with the San Sebastian club, where he had been playing for practically ten years. After rising through the ranks of the youth academy, and becoming Anoeta’s new idol, Griezmann is now taking the next step in his career and will now be part of an Atlético side looking to successfully defend its Liga BBVA title.