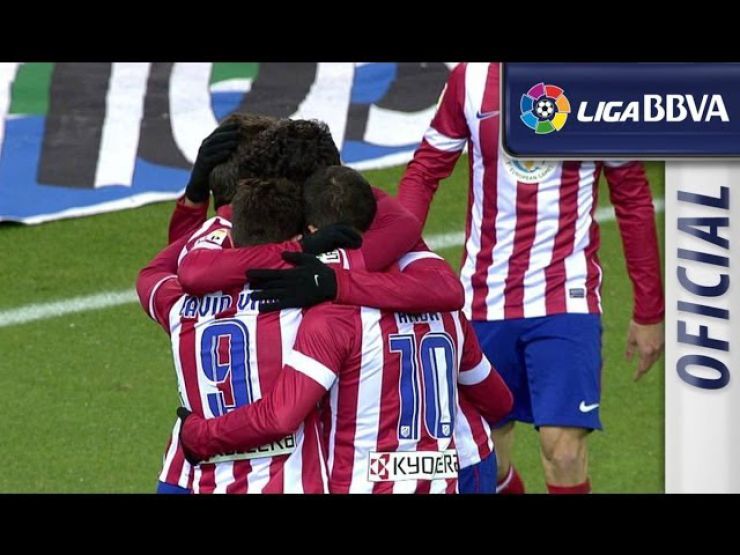 Atlético shows no mercy against Getafe

It rained goals in the Vicente Calderón as Raúl García and David Villa braces and a spectacular Diego Costa bicycle kick stole the show.

Atlético Madrid beat Getafe 7-0 to close out Saturday’s Liga BBVA matchday 14 action. The mattress makers hold onto second place in the table while Luis García Plaza’s men slip out of the European places.

The match started off at an electric pace, with Atlético staying true to its philosophy and looking to find a way past Miguel Ángel Moyà from the very beginning. And the home side did just that when Raúl García headed home a Koke Resurrección corner kick. Simeone’s men got another goal just before the break, this time courtesy of a Juan Valera own goal which practically killed off the Madrid derby.

The Vicente Calderón witnessed plenty of more goals in the second half. A David Villa brace, another Raúl García headed goal, an acrobatically Diego Costa bicycle kick and last minute Adrián strike put the final nails in the coffin for Getafe. Luis García Plaza’s side came into the match as one of the most in form away teams in the league, having picked up three back-to-back wins on the road. Getafe tried to find a way back into the game but never managed to get near Thibaut Courtois goal.