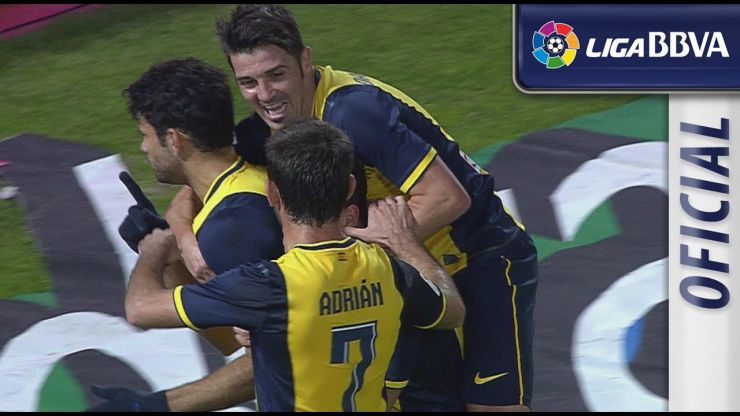 Costa, who is the league’s leading goal scorer, and Villa both scored penalties, whilst Ighalo scored for the home side.

Club Atlético de Madrid defeated Granada CF 1-2 in the 11th round of Liga BBVA fixtures, securing their tenth win of the season in the process.

Granada didn’t makes things easy for the Madrid side, and in the first quarter of an hour Lucas Alcaraz’s side had two clear cut opportunities through Recio. The home side, who played with confidence and created opportunities, deserved to be ahead, however an unlucky break for Diego Mainz saw him foul David Villa in the box. Diego Costa scored from the resulting penalty to give the visitors a 0-1 lead at Nuevo Los Cármenes. Minutes later, Adrián was played in by Villa but dragged his shot wide of the left hand post in what could have been the second for the visitors.

After the break, Atlético came out looking more like themselves. Villa once again was fouled in the area, and also put away the spot kick to give his side a 0-2 lead. In added on time, Odion Ighalo halved the deficit but it wasn’t enough to save the Andalusian side from defeat, allowing Atlético to close the gap on FC Barcelona at the top of Liga BBVA.