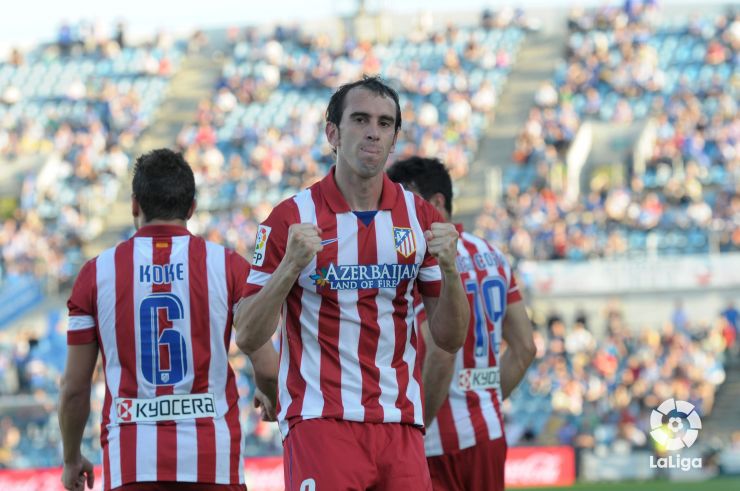 The Madrid side earned a win at Getafe that keeps them three points ahead of Real Madrid.

Club Atlético de Madrid have kept alive their Liga BBVA title hopes after five straight matchdays as leaders thanks to a victory against Getafe CF. Valencia CF and Sevilla CF also claimed important victories on matchday 33 of the championship.

The rojiblancos did their homework and did not miss their appointment with victory in the Liga BBVA. Goals from Diego Godín and Diego Costa earned Diego Simeone's side three points at the Coliseum Alfonso Pérez. The Madrid team therefore remain leaders with 82 points and Real Madrid CF, in second, are three points behind.

At the Benito Villamarín Stadium an attractive derby took place between Real Betis Balompié and Sevilla FC in the first match of the Sunday. The verdiblancos were out for revenge after Unai Emery's side knocked them out of the UEFA Europa League. Even so, the visitors were superior and two goals from Kevin Gameiro earned an important victory for the team that remains hot on the heels of Athletic Club, in fourth place.

In the other regional clash between Valencia and Elche CF held at the Mestalla, the home side claimed a 2-1 victory to break their run of three matchdays without a win. Juan Antonio Pizzi's side move into eighth place with 44 points, three more than RCD Espanyol who drew 2-2 against Rayo Vallecano in the final match of the Sunday.