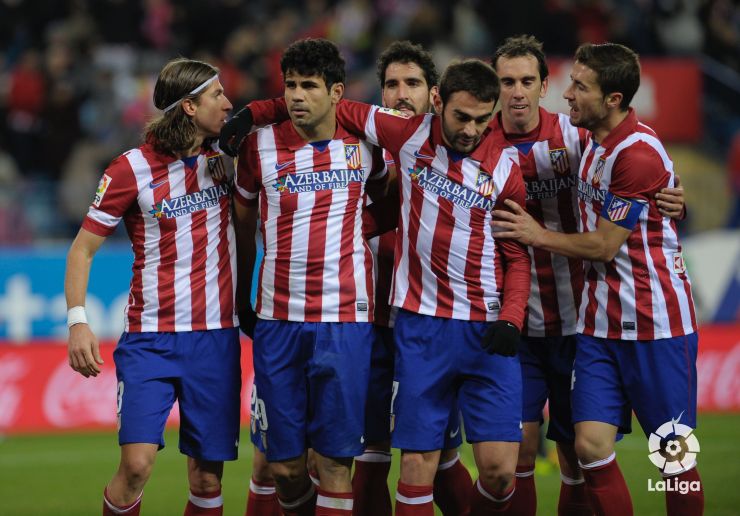 Despite suffering, Atlético beat Levante UD 3-2 in front of a full house at the Vicente Calderón. Thanks to two goals from Liga BBVA top scorer Diego Costa, who has 19 in 17 games and has scored in every home game, Atlético now find themselves at the top of Liga BBVA and could remain there depending on FC Barcelona’s result against Getafe CF on Sunday. Levante remain in mid-table.

Lead by Antoine Griezmann and Carlos Vela, Real Sociedad showed that they are desperate to once again play UEFA Champions League football next season. The Basque side secured their fourth consecutive win in Liga BBVA after defeating a Granada CF side who have struggled to win at home this campaign 1-3.

Sevilla now sit in the European spots after winning Saturday’s first game 1-2 against Villarreal CF. With their fourth win in the last five games, Unai Emery’s side now sit only two points behind Marcelino García Toral’s men, who have not won any of their last four games at El Madrigal.

Finally, UD Almería secured an important win over Real Betis Balompié. In a relegation six-pointer, it was the visiting side who moved away from the danger zone thanks to a goal from Ramón Azeez and a spectacular performance between the sticks by Esteban Suárez. The defeat is the Andalusian side’s second in two matches under new coach Juan Carlos Garrido, and they will spend Christmas propping up the table with only 10 points.