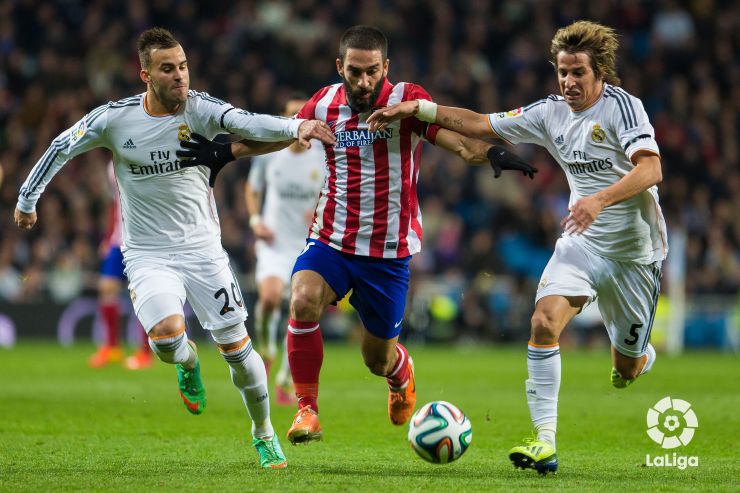 Atlético - Real Madrid with a ticket to the final at stake

The rojiblancos, without their star strikers, will be putting their trust in the Calderón faithful to help them come back from the 3-0 defeat in the first-leg against a Real Madrid who will also have a new-look team.

Tuesday's match between Club Atlético de Madrid and Real Madrid CF will decide the first Copa del Rey finalist. Despite the fact that the Whites practically wrapped the tie up in the Santiago Bernabéu (3-0), the rojiblancos' hopes lie in the strength of the home fans and the tactical nous of Diego Simeone to turn the result around.

Despite the result in the first leg, Ancelotti's men cannot rest on their laurels against an Atlético that have beaten them in two of the last three matches they have played. "It is better not to think about the lead, we have to play a very difficult second-leg game against a very strong team", stated the manager. The main change for Real Madrid will be in the defence, where Raphaël Varane returns to the starting line-up seven months after his knee operation, as the Italian coach confirmed.

The defending champions are still confident of their chances in the cup derby, but they are also aware that the numerous absentees could be their worst enemy. David Villa, Diego Costa, Koke Resurrección, Tiago Cardoso, Filipe Luis and Thibaut Courtois will not take part and will have to support their teammates from the stands. Even so, the team will be applying pressure, determination and bravery in an attempt to defeat the Whites. Diego Pablo Simeone's motto is "nothing is impossible", which is why he explained that his team "will maintain their normal approach, thinking of it as a tough knock-out match that they have to turn around to suit us".