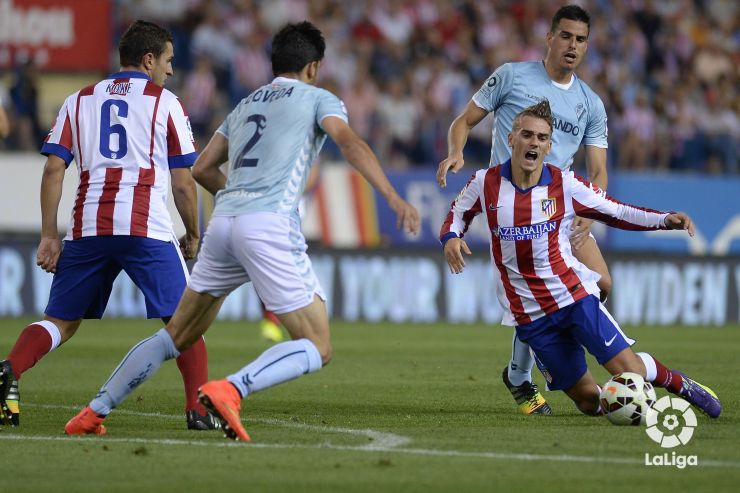 Los rojiblancos beat the Basques 2-1 thanks to headers by Miranda and Mandžukić. Abraham narrowed the gap with a beautiful goal.

The Vicente Calderón welcomed the reigning Liga BBVA champions for matchday 2 of the current league campaign. The Championship trophy, SD Eibar and the Spanish women's water polo team were the guests of honour for a match that saw Club Atlético de Madrid beating Gaizka Garitano's men 2-1.

The match got off to a high-tempo start. There were three goals in the Vicente Calderón. The home side drew first blood, punishing Eibar as they struggled to get into the game during the early stages. Centre half João Miranda opened the scoring before Mario Mandžukić made it 2-0, with both men finding the back of the net with their heads. With the match looking to be wrapped up by the home side, the visitors managed to shorten the gap on the scoreboard through Abraham Minero, who was the author of one of the goals of the weekend.

Eibar came out with more urgency after the half-time break in search of an equaliser. First Ángel Rodríguez tested Miguel Ángel Moyá, before an Eneko Bóveda header added further discomfort for the rojiblanco backline. Ángel was a constant thorn in the side of the home team's defence, but was unable to beat Moyá in a one-on-one situation. Despite a valiant effort, Eibar were left empty handed and the defending champions recorded their first win of the new season.