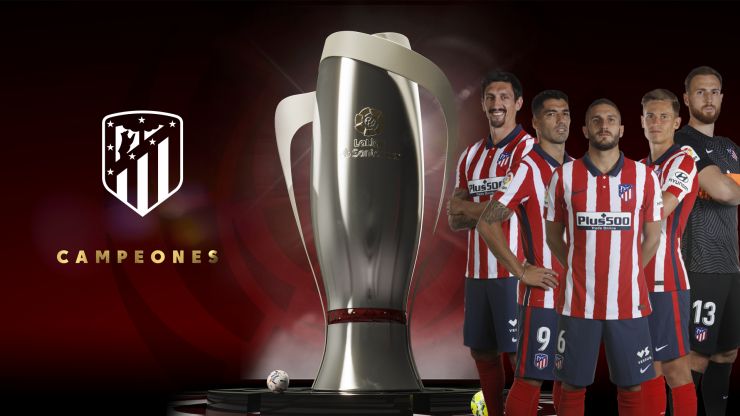 The team, under the leadership of Diego Simeone, add league trophy number eleven to their collection, topping off a stellar season for the club.

LaLiga Santander 2020/21 proclaims Atletico Madrid as this season's champions. The Rojiblancos lift their eleventh league title with one matchday still left to play after winning against CA Osasuna.

Simeone's side are officially champions of LaLiga's 2020/21 season. The Madrid club accumulated a total of 86 points, with 67 goals for and 25 against. Having lost just 4 matches, an impeccable first half of the season accompanied by solid performances in the second was enough to see off the competition and finish the term at the top of the table. The numbers from the first 19 games already promised a successful outcome to Atletico Madrid's season. The 50 points racked up were particularly poignant since they matched the same haul registered by the Rojiblancos in the 2013/14 season, which saw them emerge victors of LaLiga Santander that year.

Under the colossal helmsmanship of the omnipresent Marcos Llorente, and bolstered by the goalscoring Luis Suarez (21 goals) and destabilising influence of Carrasco, Simeone's men have once again lifted the LaLiga Santander trophy seven years on. Oblak, a key cog in the machine, has been nothing short of a brick wall in front of goal and looks set to end the campaign as the goalie with the best record between the posts, fishing the ball out of the back of his net just 25 times. In addition, the experience of players such as Koke and Savic has been decisive in helping Atletico reach the pinnacle of the Spanish game once again.