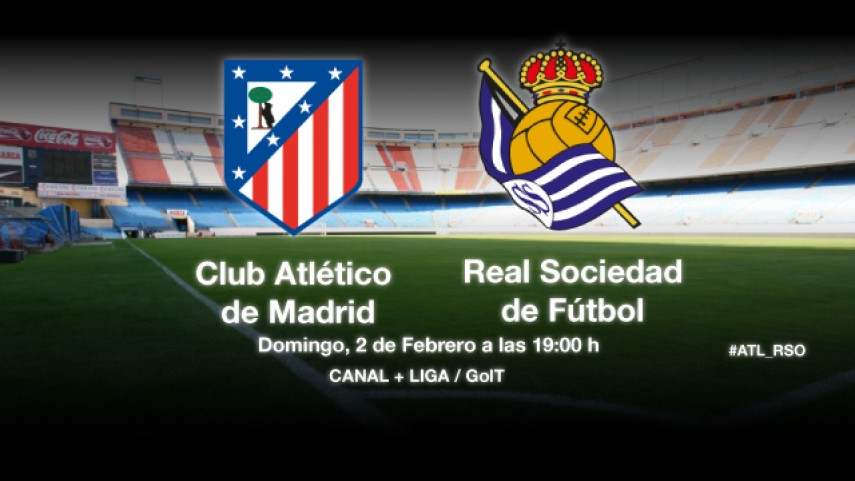 Atlético looking to top the table with Diego

On the back of Barcelona’s defeat, the Red and Whites now have a chance to top the league as long as they can beat a Real Sociedad side with its sights set on Europe.

Real Sociedad travels to the Vicente Calderón for matchday 22 of the Liga BBVA season looking to upset Atleti in their home ground. The Madrid outfit meanwhile is preparing itself for a crucial week in both the Liga BBVA and the Copa del Rey, where they will take on arch rivals Real Madrid on Wednesday.

Diego Pablo Simeone, well aware of the importance of the match against the Basque side, declared that: "[Sociedad] is a difficult opponent, and this will be a real test for us to see if we can stay at the top of the league." Despite the absences of Filipe Luis, Tiago Mendes and Arda Turan, there is some good news for Atlético as Diego Ribas has recently made his triumphant return to the squad.

Meanwhile, Real Sociedad makes its way to the Calderón on the back of an incredible run of form in front of goal. Antoine Griezman and Carlos Vela have been the side’s top goal scorers in the last few games and will have to lead the line once again against the Red and Whites if the San Sebastian outfit is to fulfil its objective of qualifying for Europe next season. "We need to be looking to kill off the game from the start", the away team’s coach, Jagoba Arrasate, said in his pre-match press conference.