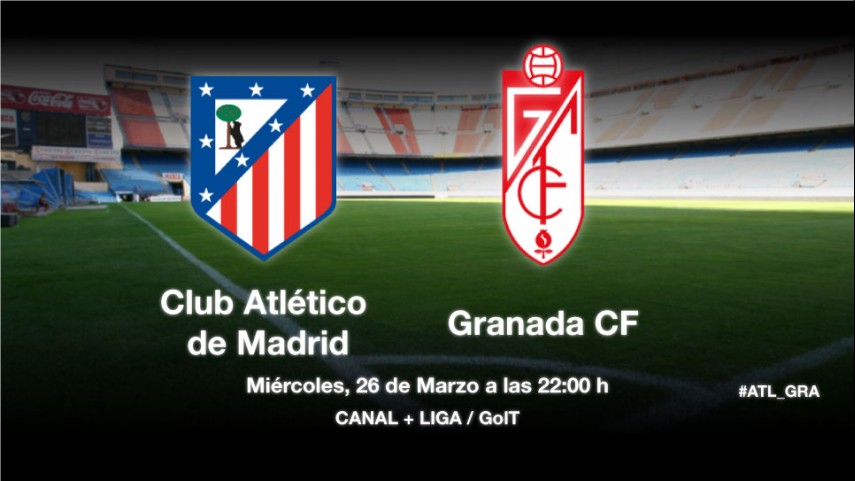 Atlético look to consolidate their lead

The rojiblancos will be bidding to strengthen their position at the top of the Liga BBVA against a Granada who are hoping to be the first team to win in the Calderón.

The rojiblancos are looking to build on their Liga BBVA leadership after their win over Real Betis Balompié (0-2) and the following defeat of Real Madrid CF at the hands of FC Barcelona (3-4). For the vital match, El Cholo Simeone will be without his injured youth-academy player Javier Manquillo and the Brazilian Filipe Luis, who is serving a ban. Simeone stated before the match that his team aspires "to be competitive in every match. I am confident in every player in the squad".

The Andalusian side visits the Vicente Calderón with the intention of being the first team to win in a stadium where nobody else has managed the feat. The last victory against Elche CF put them in the middle of the table and they will be looking for three points that would move them a little further from the danger zone. Their manager, Lucas Alcaraz, who will be without defender Tiago Ilori and midfielder Piti, who are both injured, spoke of his expectations for the match: "It will be a very physical game. We have to play as a tight unit and, from there, make our brand of football work for us".