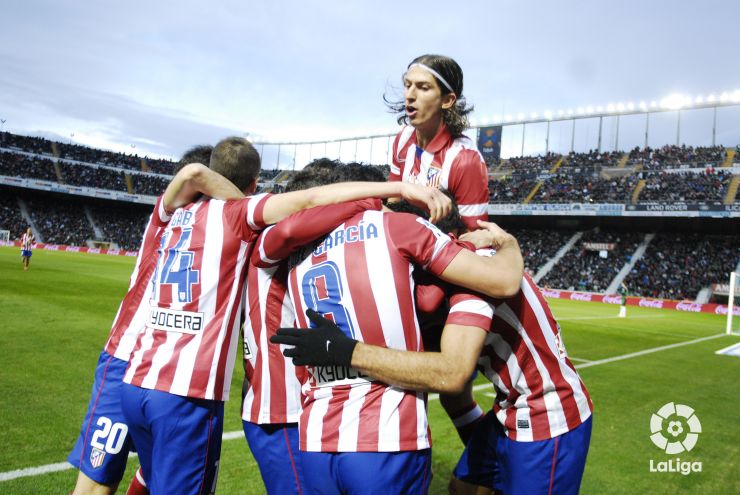 Atlético hold firm while Celta break their duck in the Balaídos

In other matches Real Madrid beat Real Valladolid 4-0, while Griezmann rescued a point for Real Sociedad in the Cornellà - El Prat.

Getafe CF opened the fifteenth matchday of the Liga BBVA on Friday with a vital victory over Levante UD. The team from the capital bounced back from a tough result in their last game against Club Atlético de Madrid by beating the team from Valencia. Pedro León, with ten minutes to spare, got the only goal of the match to put the team from the South of Madrid back in the European spots.

The Madrigal hogged all of Friday's excitement with a tie that was decided in the last minute. Villarreal CF took the lead through a goal from Bruno Soriano. The goal seemed to give Málaga CF a second wind as they later enjoyed several chances to level the match. But they did not score until the 89th minute when Weligton beat Sergio Asenjo to equalise.

Elche CF measured up with Atlético de Madrid in Saturday's first match. The rojiblancos continued their unstoppable form with a win over Elche in a passionate clash. The victory means that Diego Pablo Simeone's are still in the battle for the top spot, with the same number of points as FC Barcelona who are to play on Sunday. Koke Resurrección and Diego Costa were the goal-scorers in the Estadio Martínez Valero.

There was finally some good news in the Estadio de Balaídos. RC Celta de Vigo recorded their first victory of the season in front of its home fans as they comfortably beat UD Almería. Neither of the teams, who are close to one another in the standings, was scared to take risks but it was the Galicians who took the three points thanks to goals from Fabián Orellana, Borja Oubiña and Charles Dias. Suso Fernández's goal was not enough for an Almería that is still in the relegation zone.

The championship's third-place team, Real Madrid CF, beat Real Valladolid CF 4-0 in the Estadio Santiago Bernabéu with a hat-trick from Gareth Bale and another goal from Karim Benzema. It was the Whites' fifth consecutive victory in the Liga BBVA and it means that they are still in the hunt behind Barcelona and Atlético de Madrid.

In Saturday's final Liga BBVA match, Real Sociedad de Fútbol came back to win against RCD Espanyol. Colombian striker Jhon Córdoba had put the home said ahead in the first half, but a second-half goal from Antoine Griezmann and an unfortunate move from Christian Stuani, which ended with the ball in the back of his own net, gave the Basque team the three points. The victory means that the txuri-urdin now lie in sixth position.