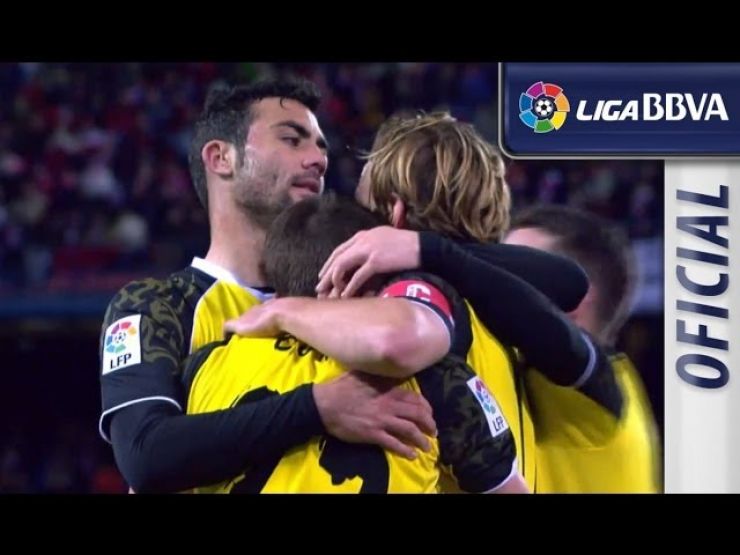 The Red and Whites drew 1-1 with the Andalusians in a match in which despite taking the lead the home side couldn’t find an answer after Rakitić’s goal.

Atlético Madrid and Sevilla drew in the Vicente Calderón. The result means that the home side now sits second in the league table with 51 points, while the visitors head back to Seville in seventh place with 31 points.

The Red and Whites stuck to the style of play with which they have now become accustomed, coming out of the traps flying and making life difficult for the Andalusian side. The high tempo start paid off in the 18th minute when David Villa made the most of a rebound opportunity by volleying the ball into the back of the net to give Atlético the lead. Diego Pablo Simeone’s men weren’t going to sit on that lead and immediately began looking for a second goal to give themselves even more breathing room. Conversely, the visitors sat quite deep after conceding although they looked dangerous in attack with Ivan Rakitić pulling the strings.

The second half started in much the same way as the first, however, as the clock ticked on Sevilla began to look for an equaliser more and more. Despite their desperation to get a goal, Unai Emery’s men never lost their shape. Emery brought on Kevin Gameiro up front with the idea of creating more chances. Tirelessly working in attack, the Andalusians’ centre midfielder Rakitić levelled the scoreline from the penalty spot. From that moment on, Atlético went all out to reclaim the lead but was unable to beat Beto. The match ended 1-1 with the teams having to share the spoils.