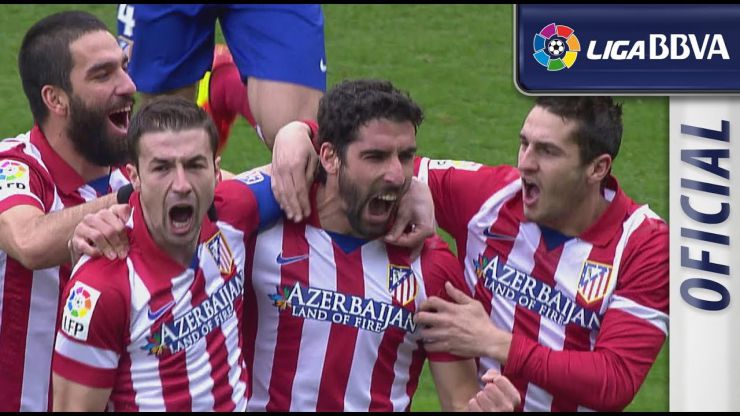 Atlético give Valladolid no chance

The rojiblancos beat the pucelanos 3-0 with a strong start to the match to take a solitary lead, contingent on Barcelona and Real Madrid’s results.

Club Atlético de Madrid defeated Real Valladolid CF 3-0 in Saturday’s first game on Liga BBVA matchday 24. With goals from Raúl García, Diego Costa and Diego Godín, the rojiblancos got back to winning ways, although Real Madrid CF and FC Barcelona still have games in hand. The pucelanos meanwhile remain in the relegation zone.

Atlético got off to the best possible start in the match and with just four minutes on the clock they led 2-0. Raúl García put Diego Simeone’s team ahead from a set piece and, just a minute later, Diego Costa scored his 21st goal in the championship after beating Diego Mariño with a chip from outside the box. After their great start the rojiblancos were able to take their foot off the gas and let Valladolid do the work, but they stayed solid in defence to keep their lead until the half-time whistle.

After the break, the home side turned up the intensity again in search of a third goal to seal the game. Mariño, stopping a header by Godín, and the crossbar, which got in the way of a good header from Mario Suárez, prevented them from doing so in the early stages of the second half. In the 74th minute Godín finally found the net from a corner to make it 3-0.