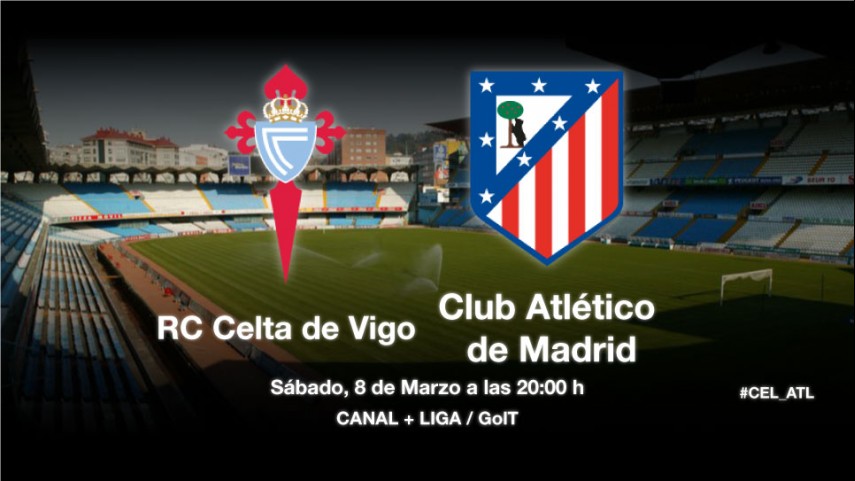 Celta de Vigo host the Red and Whites, who will be looking to get back on track after only taking one point from their last two games.

Club Atlético de Madrid visit RC Celta de Vigo face in the 27th round of Liga BBVA fixtures at the Estadio de Balaídos, a ground where the Madrid side have won on their last three visits.

The home side’s manager, Luis Enrique, said at his press conference that the side "will go out for the three points. We’re in a situation where we can be a little bold and we will go into the game like that". The coach wouldn’t be drawn on the absences of Diego Costa, Diego Godín and Arda Turán.

Atlético boss, Diego Pablo Simeone, spoke of their opponent’s qualities, saying his side must "play very well" in order to come away from Galicia with a result. About who could replace the absentees, the Argentine name checked players such as David Villa and Diego Ribas as potential starters.