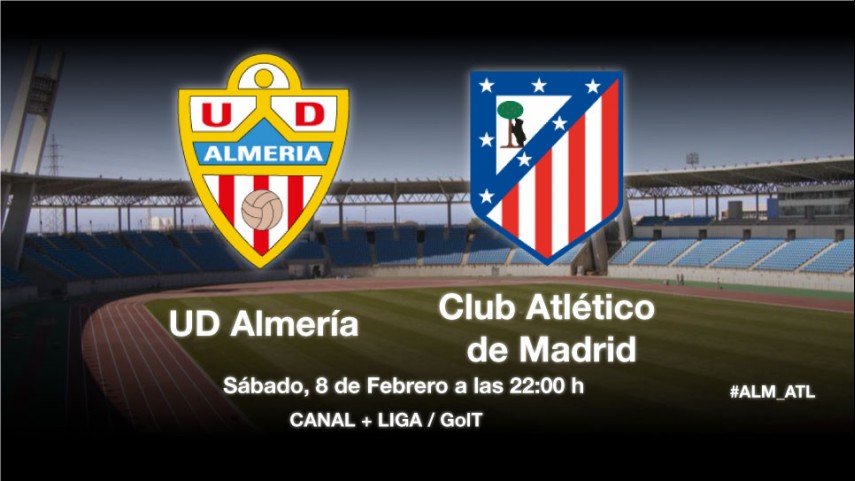 Almería, who have take seven from the last possible nine points at home, will look for a win that would see them move away from the relegation zone.

The Estadio de los Juegos Mediterráneos hosts the Liga BBVA leaders in Saturday's last game in round 23 of fixtures. UD Almería, who sit two points above the relegation zone, will be looking for a win against an Club Atlético de Madrid side looking to consolidate too spot.

The home team have created something of a fortress at their stadium, and are unbeaten in their last four there (three wins and a draw). Francisco Rodríguez's side know the importance of picking up points at home, and that it is "the route they must take to achieve their objective", said the coach. He went on to say that "it's going to be a tough game and a tiring one" given that "we are facing the best side in Liga BBVA". Rodri Ríos and Nelson will miss out through injury.

Atlético de Madrid find themselves in a completely different position. Following the Copa game against Real Madrid CF (3-0 defeat), the side from the capital return to league action as leaders. Diego Pablo Simeone has confidence in his men and thinks they can take the three points required to stay at the top; "The side look good; very together, ready and strong".