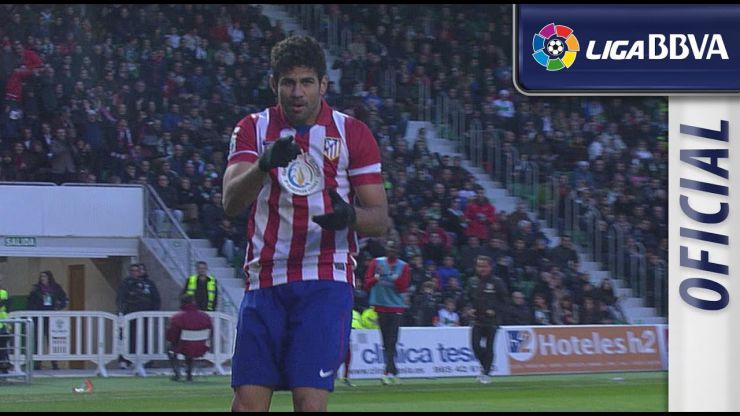 Atlético are not out of steam

After their win over Elche, Diego Simeone's men now have the same number of points as Barcelona, who have a game in hand, at the top of the table.

Club Atlético Madrid's good results just keep on coming, this time with an important 0-2 win away to Elche CF in their Liga BBVA matchday fifteen tie.

With a good atmosphere in the Estadio Manuel Martínez Valero, the rojiblancos were the first to create danger when a rehearsed corner led to a near miss from David Villa. Elche were not to be outdone though and they could have taken the lead through Ferrán Corominas 'Coro' in the 19th minute. But it was Atlético who had the best chances before the break.

After the restart, the Madrid side looked the most comfortable, but despite their superior possession they were unable to create any significant danger in Elche's box. In fact, the first goal did not come until the 63rd minute, when a long-range effort from Raúl García was parried by Manu Herrera only to be met by an alert Koke, who sent it into the net. In the 74th minute, Diego Costa made it 0-2 after an exact pass from Adrián López.