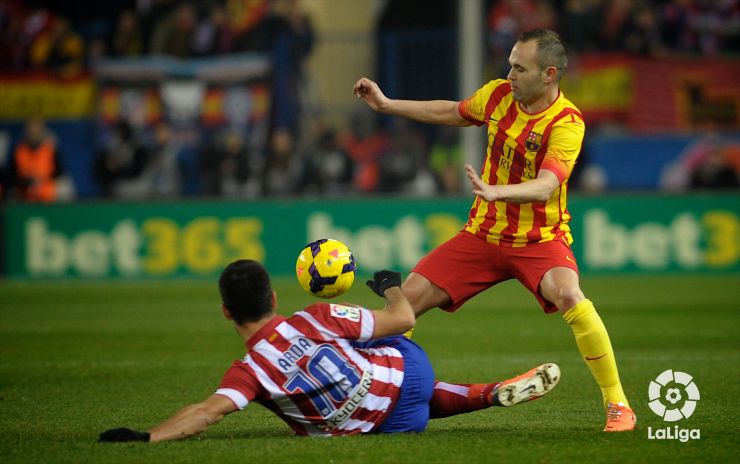 Atlético and Barcelona to face off in Europe

The two Spanish sides will play the first leg of their Champions League quarterfinal on Tuesday at the Camp Nou.

The fight between Liga BBVA's two top sides has been transferred to Europe. FC Barcelona and Club Atlético de Madrid will play the first leg of their Champions League quarterfinal at the Camp Nou on Tuesday.

The Catalan outfit and the side from the capital have played each other on three occasions this season, the two games in the Supercup and once in Liga BBVA, all of which have finished in a draw. Barça coach Gerardo Martino is therefore conscious of how difficult the tie will be: "The secret of the game will be to equal the levels of intensity, but our weapon is being Barcelona". Goalkeeper Victor Valdés, who was operated on today, will miss the tie.

For his part, Diego Simeone also showed maximum respect for his opponent in this "glamorous tie". "I'm expecting the best Barcelona. Tomorrow's game is very important and I'm sure we will compete", said the Argentine, who will be without one of his key men, Raúl García, through suspension.