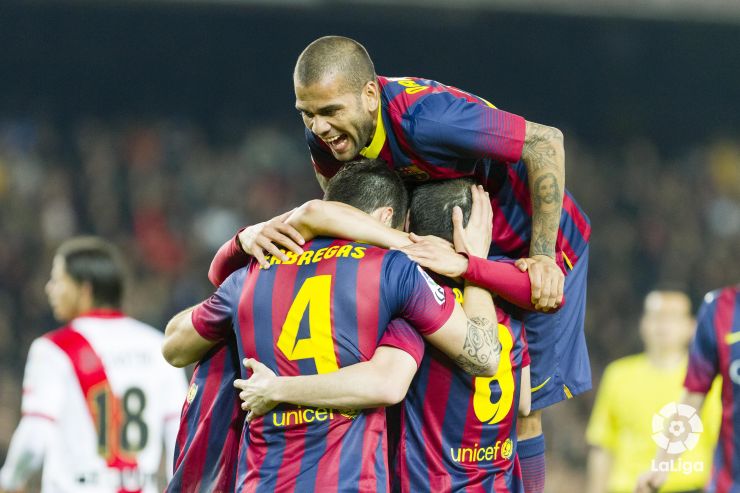 Atlético and Barcelona still in the fight

The azulgranas have moved top on goal difference, while the rojiblancos remain in second place pending the outcome of the Real Madrid match on Sunday.

The Liga BBVA continues to give good reason not to miss a single match. The excitement delivered every matchday by the teams at the top is only comparable to that of the sides fighting to avoid relegation each weekend. The fight for the title is better than ever. Proof of this came in the form of decisive victories for Club Atlético de Madrid and FC Barcelona this Saturday.

The rojiblancos overcame Real Valladolid 3-0 in a match in which Diego Costa notched up another goal (that makes 21). Raúl García and Diego Godín rounded off the goal-fest against the blanquivioletas, whose future gets complicated as they fall to 18th in the table. Hours later, Barcelona responded with a 6-0 thumping of Rayo Vallecano, including two goals from Lionel Messi. Pedro Rodriguez, Alexis Sánchez, Adriano and Neymar had the Barcelona crowd jumping with joy.

It was a good day for Levante UD who beat UD Almería 1-0. The granotas had not managed to score for two matches and it was David Barral who ended their bad run with a beautifully crafted goal. Almería finished the day four points above the relegation zone, while the Valencians moved closer to European qualification.

The Saturday was brought to a close at the El Madrigal Stadium where RC Celta de Vigo won a match in which Villarreal CF deserved more. Fabián Orellana and Nolito scored the winning goals to extend their team’s unbeaten run to four games.