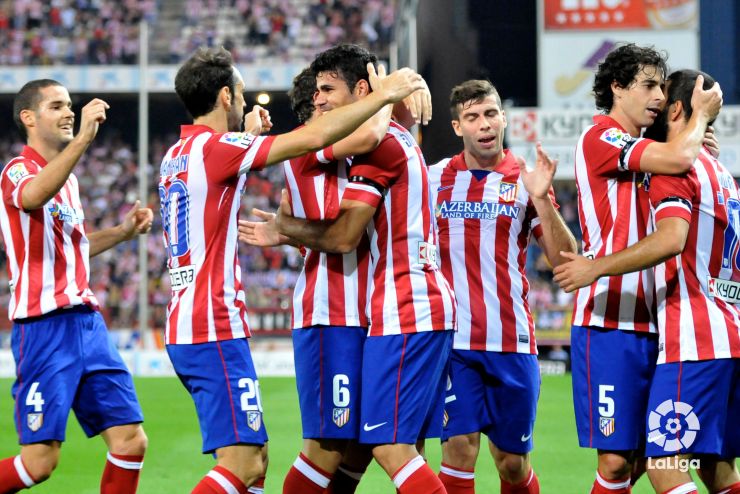 Atlético and Barcelona, a record start

The current Liga BBVA leaders recorded their best ever starts with wins this weekend.

Club Atlético de Madrid and FC Barcelona are in the midst of their best ever starts to the Liga BBVA. Both sides, who top the table with 21 points, have won all their matches so far and are only separated by goal difference, which favours the Catalonian team.

The team coached by Diego Pablo Simeone had never started any of its 110 seasons as it has done in 2013/14, exceeding the six victories in six matches achieved under the guidance of Luis Aragonés in the 1991/92 season.

The Madrid team's last conquest was in the Santiago Bernabéu, where it beat Real Madrid CF 0-1 thanks to a goal from Diego Costa after eleven minutes. The club from the bank of the Manzanares has achieved this stunning start to the campaign thanks to a strikeforce led by the Brazilian striker, and a water-tight defence which has only conceded five times.

The team from the capital is also now unbeaten outside the Vicente Calderón for 16 matches, its last away loss coming last season when it lost 2-1 to Rayo Vallecano de Madrid.

For its part, Barcelona has left the records of managers such as James Bellamy, Johan Cruyff, Louis Van Gaal, Pep Guardiola and Tito Vilanova, who all won the first six league matches, in its wake.

The team coached by Gerardo ‘Tata’ Martino has not lost the winning attitude of previous seasons, despite the manager from Rosario's constant rotation system aimed at keeping his players as fit as possible. 24 goals and only five conceded are testament to their work.

These two teams now have their sights on the mark set by Real Madrid CF, who in the 1961/62 and 1987/88 won their first eight matches and in 1968/69 recorded nine consecutive wins on their way to winning the Liga BBVA.

On the next matchday, Barcelona will host Real Valladolid CF in the Camp Nou, while Atlético will welcome RC Celta de Vigo.