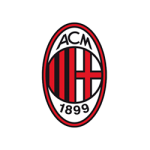 Simeone's men recorded their third consecutive victory as they won 0-3 against Austria Wien while the Azulgranas drew 1-1in Milan.

With three consecutive victories Atlético de Madrid has equalled its best ever start to the European Cup, which it recorded in the 1958/59 season. The team from the capital beat FK Austria Wien 0-3 away from home with a brace from Diego Costa and the opener from Raúl García. The Liga BBVA's top goal-scorer found the net twice on his Champions League debut, while Raúl García opened the floodgates after eight minutes, making the most of a cross from Filipe Luis. Atlético now leads Group G with nine points, FC Zenit is second with four after a 0-1 away win over FC Porto, the Portuguese outfit lies in third while Austria Wien is propping the group up with one.

Barça came away from AC Milan with a draw (1-1) in a clash which Robinho made difficult with his goal after nine minutes, but Lionel Messi sealed the draw by finishing an assist from Andrés Iniesta. This means that Gerardo Martino's men are still unbeaten and top Group H with seven points, Milan lie in second with four, Celtic FC, who beat AFC Ajax 2-1, are third with three and the Dutch outfit occupy last place with one.