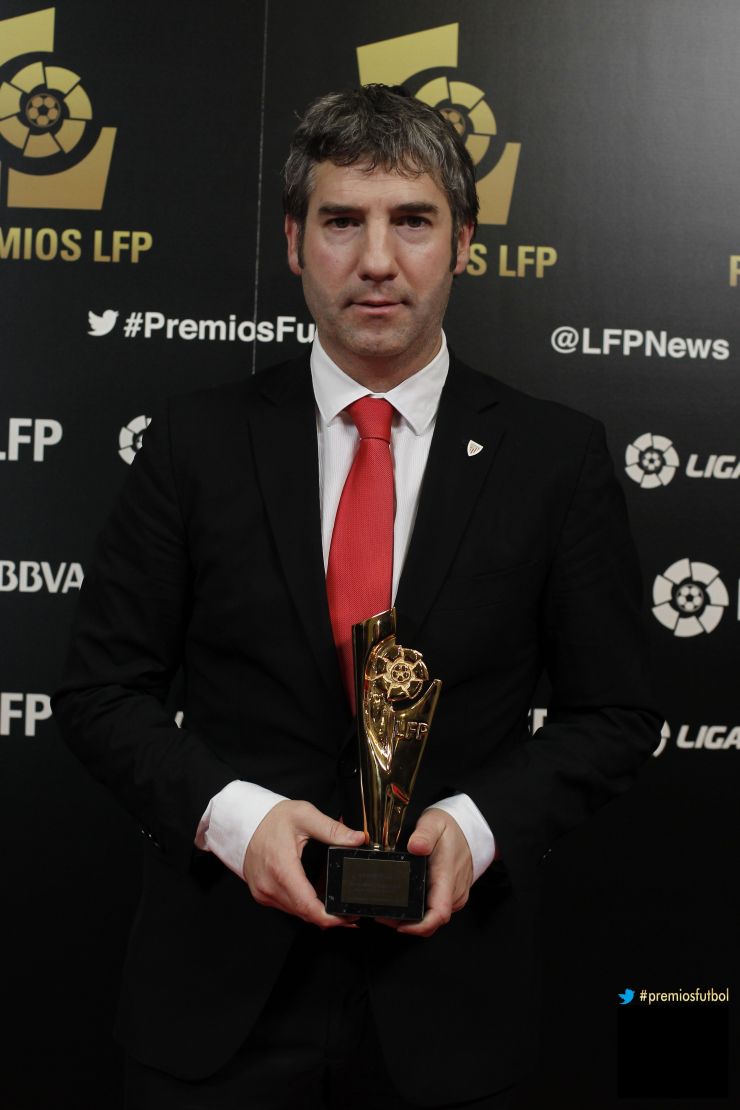 The LFP recognises the great season the Bilbao outfit had and awards it for the example it has set in the Liga BBVA.

Athletic Club received the BBVA Club Fair Play Award in the Liga BBVA category thanks to the role it played in a number of aspects of play during the 2012/13 season. The Liga de Fútbol Profesional recognised the example set by the Lions, both in the Liga BBVA and in Europe, where for another year the Basque side represented Spanish football in the UEFA Europa League.

"I am fan of this club like any other, this award fills us with satisfaction", recognised the president of Athletic, Josu Urrutia. Despite a tough start to the season, Athletic finished 12th in the Liga BBVA. The team’s loyalty to its playing style and the values which have historically made it such a great club, have made Athletic a shining example in the game.

On top of that, the Red and Whites was also one of the Liga BBVA sides to receive fewest bookings last season, recording 119 yellow and eight red cards during the 2012/13 campaign. History, character and, above all else, a strict adherence to the youth academy system have made Athletic one of the Liga BBVA’s most popular teams.

"I am fan of this club like any other, this award fills us with satisfaction", recognised the president of Athletic, Josu Urrutia.
© LaLiga - 2013