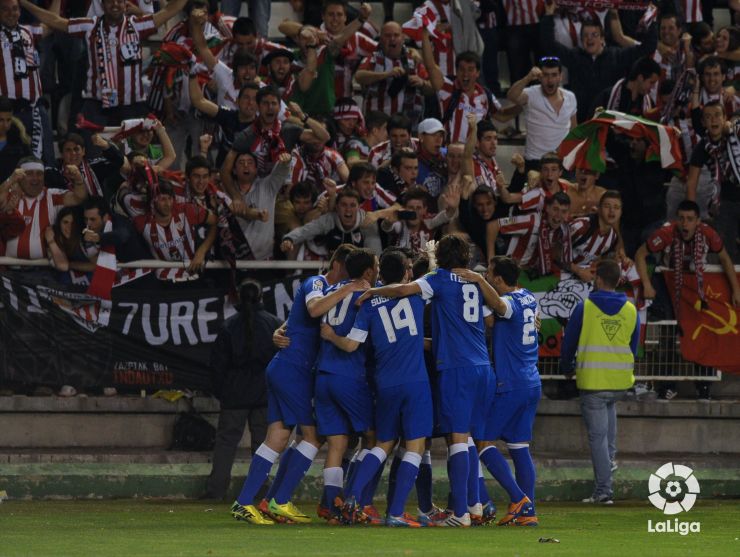 The Basque side won 0-3 at Rayo to mathematically confirm their spot in the qualifying round of the next UEFA Champions League.

Athletic Club overcame Rayo Vallecano 0-3 in the opening game of matchday 36 of the Liga BBVA. Through goals from Mikel San José, Óscar De Marcos and Ander Herrera, the Basque team’s fourth place is a mathematical certainty and they will play in the qualifying round of the next UEFA Champions League. The franjirrojos, meanwhile, remain mid-table.

With rojiblanco fans travelling in droves to Madrid, Ernesto Valverde's side did not disappoint on the field of play and they set the tone with an outstanding first half. San José opened the scoring on 20 minutes with a set-piece move, and De Marcos made it 0-2 just ten minutes later.

After the break, Rayo controlled possession but posed little threat on goal against an Athletic who, though playing with less intensity, managed to put the match to bed in the 74th minute. Ander Herrera, with a great free kick, made it 0-3, earning his team a ticket to the continental top flight.