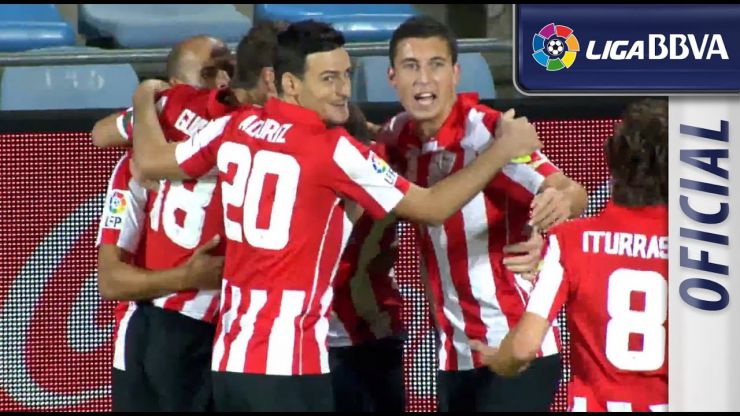 Athletic makes fifth place its own

In a high-ranking clash, Laporte's header decided the match in Getafe, while Iraizoz stopped a penalty from Diego Castro.

Athletic Club took the spoils and fifth place against Getafe CF in the Estadio Coliseum Alfonso Pérez with a 1-0 win thanks to a goal from Aymeric Laporte early in the game that closed matchday ten of the Liga BBVA.

With both teams level on 16 points, the prize at stake was an unshared fifth place in the table, hot on the heels of Villarreal CF, which is in fourth place with 20. Markel Susaeta launched a delightful cross from a corner to provide the first clear chance of the match and centre-half Laporte latched on to it with an eighth minute header to make it 0-1.

The equaliser could have come in the 44th minute, but Diego Castro came up against Gorka Iraizoz. Adrián Colunga was fouled by Carlos Gurpegi and Iraizoz was up to the challenge of the resulting penalty fired at him by the player from Asturias.

Athletic has now won two consecutive matches (three without losing) and is in fifth place, while Getafe's run of four consecutive victories comes to an end, although it remains in the European places.