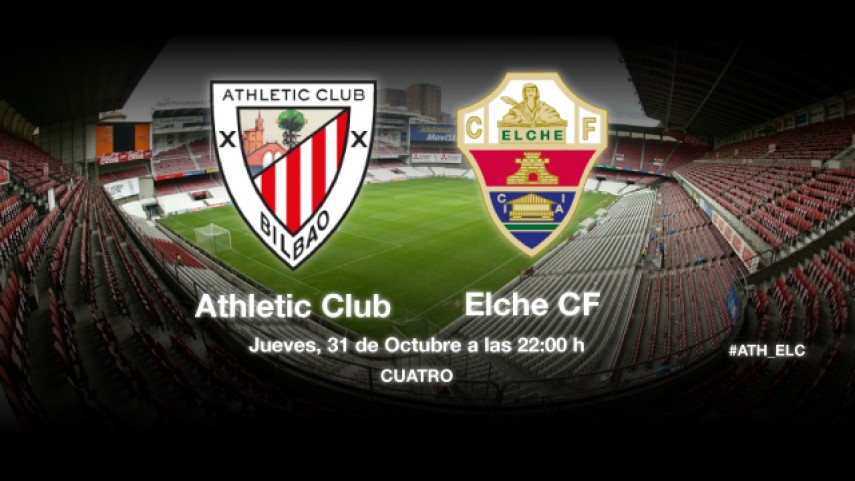 Athletic looking to stay unbeaten in the San Mamés

The Red and Whites are unbeaten in their stadium and will take on an Elche that has won three of its last five matches.

Athletic Club and Elche CF's promising seasons cross paths on the eleventh day of the Liga BBVA. Both sides have won three of their last five matches and will want to keep their respective streaks alive.

The local team, currently in fifth place, will hope to keep alive its new stadium's reputation as a fortress (the side has claimed ten of the available twelve points since the Estadio de San Mamés was inaugurated against RC Celta de Vigo), and to do so the side's manager Ernesto Valverde will be without the injured Kike Sola and Gorka Iraizoz, while Ibai Gómez and Iker Muniain return to the fold for the Basque team.

For their part, Elche have turn things around in recent matches and currently lie in twelfth place. The team's coach, Fran Escribá, will have to make do without Cristian Săpunaru, Edu Albacar, Álvaro Giménez and Richmond Boakye. The manager, aware of the dangers posed by Athletic, warned: "Matches seem very long there. They have a good team and although they have had a shorter break they have other good players".