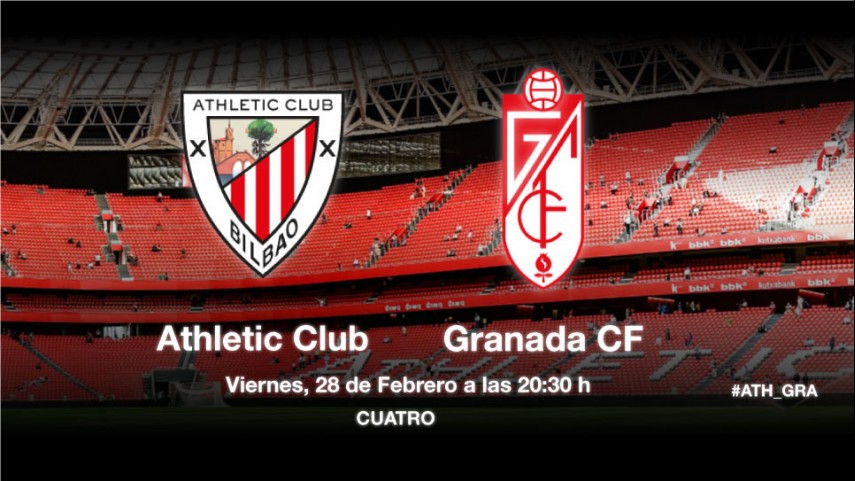 Athletic looking to get back to winning ways at San Mamés

The Basque side haven’t won at home in their last two games and will be looking for a victory that would help them in the fight for the European places. Granada meanwhile, go to Bilbao without forward Piti.

The 26th round of Liga BBVA starts on Friday at the San Mamés stadium with the game between Athletic Club and Granada CF.

The Red and Whites will have the opportunity to return to winning ways at home against Granada following two games without victory. It will be a special night for Mikel Rico, who takes on the side for whom he played over 100 games and made his debut with in Liga BBVA. Ernesto Valverde said his side “haven’t dipped”, although he admitted that they “haven’t shone”. The Basque side’s manager explained that in a season “there are times of crisis, to come out of your shell and for all, but you have to maintain a line and be conscious of each part of the competition”. Iñigo Ruiz de Galarreta and Ibai Gómez miss out through injury.

Meanwhile Granada will have to deal with the late withdrawal of Piti who has a muscle problem. Lucas Alcaraz lambasted the “important absence” of the forward, however “those who will play are important”. The Andalusian side’s manager defined Athletic as a “powerful side, who play forwards and have good positioning”, but said that his Granada side “have our own case and we want to show that on the pitch”. In addition to Piti, Fran Rico, Tiago Ilori and Odion Ighalo are out through injury, whilst Jeison Murillo is suspended.