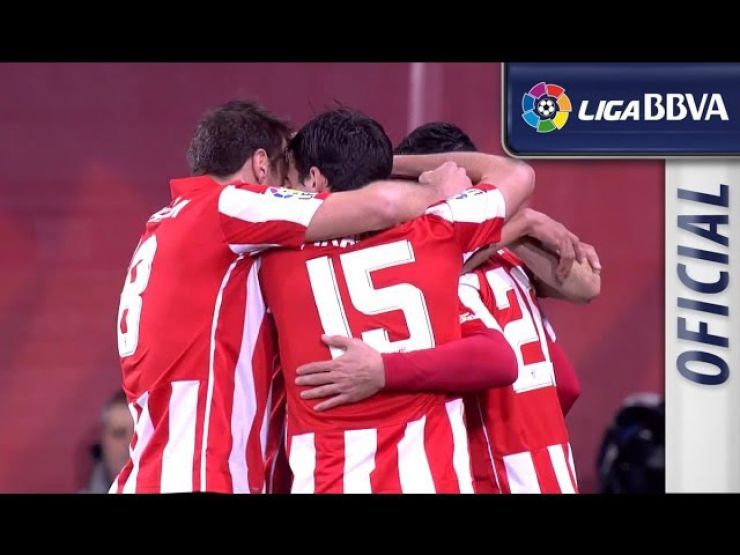 Athletic fill their boots in the San Mamés

Three goals from Aduriz and one from Gurpegi gave the rojiblancos the win over Granada, a return to victory after their defeat to Espanyol.

The rojiblancos came out strong and they barely gave the Andalusian side time to settle into the game before their striker Aritz Aduriz made it 1-0 with a delightful header. Twelve minutes later Aduriz showed up once more to find Roberto's net, this time with a great shot from outside the box. During the first half, the visitors barely had a shot on Gorka Iraizoz's goal due to the pressure from the Basque outfit.

After the restart, the home side's advantage meant that they did not have to play so far up the pitch and Granada began to play although they were unable to put the finishing touches on their most promising moves, all of which passed through midfielder Yacine Brahimi. The star of the match, Aduriz, sealed his hat-trick with fifteen minutes left to play, this time from a spot-kick. The penalty was a result of Diego Mainz's sending-off. In the final minutes, defender Carlos Gurpegi scored a fourth for the rojiblancos to seal a 4-0 win that strengthens Athletic's fourth position with 50 points.