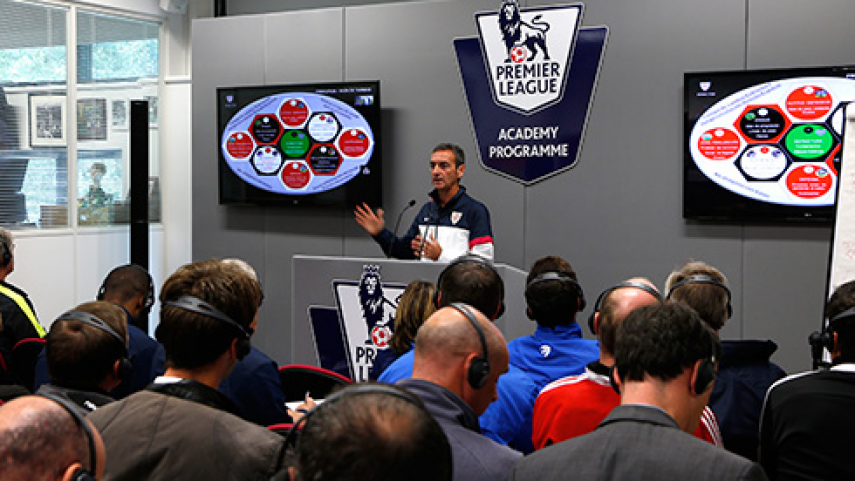 The head of the methodology and footballing philosophy discusses the factors needed to educate players.

The footballing philosophy implemented at Liga BBVA side Athletic Club’s Lezama academy is a shining example for other clubs to follow. Proof of the esteem with which the club’s approach to the game is held was the seminar given by Edorta Murua, head of the Basque outfit’s methodology and footballing philosophy, on the principals of educating footballers.

Murua, one of the most experienced youth team coaches and athletic developers in Spain spoke to coaches from the main English clubs, the English FA and the English League. As well as his lecture, Murua also held a practical session with youth team players from Aston Villa.

He explained in detail how Lezama functions as well as the work the club does with its young footballers. “The player is at the centre of the process because it is he who will make the decisions on the pitch”, he said, before adding “we need independently minded players, who can think autonomously”. He highlighted the importance of training the Lezama coaches in order to properly educate the players. He also spoke about the difference between competing and winning: “Competing is not just about taking on the opposition, but also ourselves. It’s about recognising our weaknesses and overcoming them”, he affirmed.