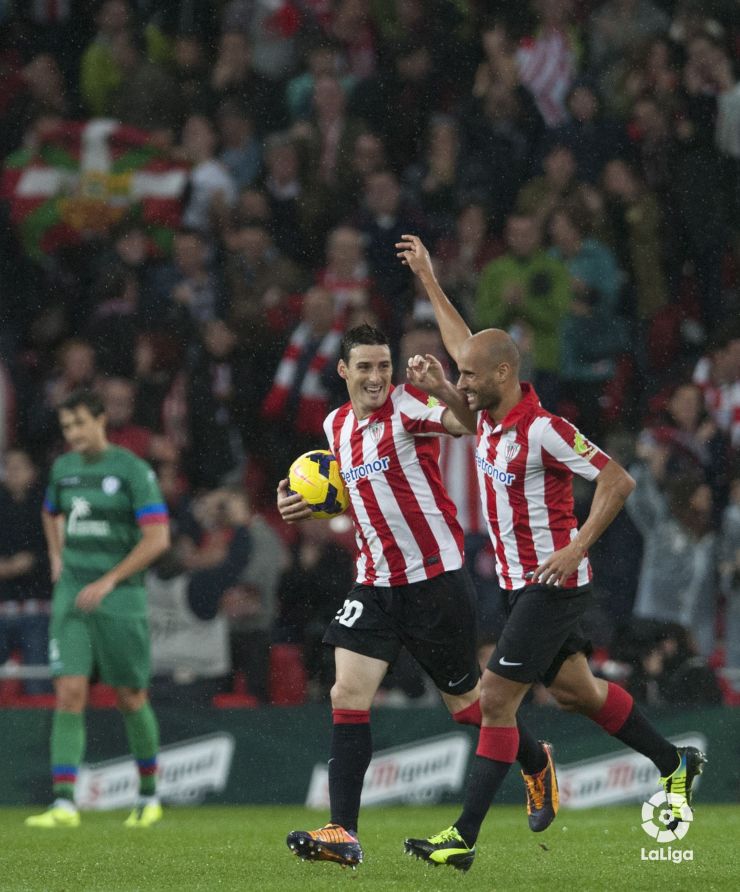 Real Madrid subjected Real Sociedad to a 6-1 drubbing to keep the pressure on Barcelona and Atlético; Getafe get a point against Elche to remain in the European places.

After Saturday’s Liga BBVA matchday 13 action, one of the biggest winners of the day was Athletic Club. Ernesto Valverde’s men came back after going behind to a David Barral goal, and still keeps its unbeaten run in the new San Mamés intact this season. With this defeat in Bilbao, Levante’s run of five games on the road unbeaten comes to an end.
Another standout performance of the day involved Rayo Vallecano, with the Madrid outfit winning in the Estadio de Balaídos, a stadium it has not lost in since the 1996/97 season. This victory means Rayo now climbs out of the drop zone. Celta Vigo, meanwhile, finished the day just one point off the relegation places and is still yet to win in front of the Balaídos faithful.

Getafe could have really secured its European position, but Boakye cancelled out Pedro León’s goal to share the spoils in the Coliseum Alfonso Pérez. There were plenty of goals further up the road in the Santiago Bernabéu though. Real Madrid thrashed Real Sociedad 6-1 with the home side making it 4-0 in the first half.

Friday’s action saw UD Almería record an historic win. Rodri’s goal, his seventh of the season, ensured that the Andalusians equalled their best run of consecutive wins since the 2008/09 campaign. In the other match of the day, Granada CF convincingly beat Málaga, with Bernd Schuster’s side still yet to win away this season. A Youseff El Arabi hat-trick means that Granada is now just three points off the European spots.