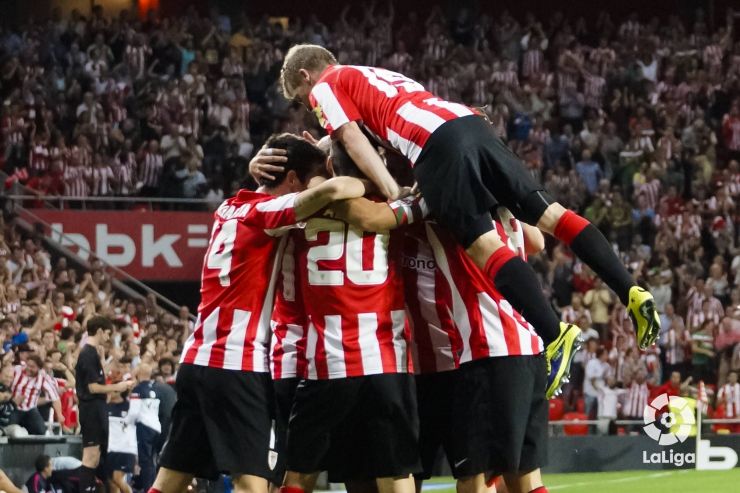 San Mamés was at full voice as the home side beat a well-respected Villarreal 2-0.

Ernesto Valverde’s men started off well in the closing game of matchweek 9 in the Liga BBVA. Without the help of Beñat Etxebarria and Ander Herrera, the Basque side played persistently and directly during the entire first half, giving the Villarreal backline plenty of work to do.

Mikel Rico stole the show with a performance full of ball winning and attacking intent, and it was the former Granada man who opened the scoring in the 33rd minute, finishing off a cross from the right with a fine header. Shortly after Aritz Aduriz doubled the lead by capitalising on a defensive error by Mateo Musacchio. To compound Villarreal’s problems Bruno Soriano was given his marching orders for a second bookable offence just before the break.

Athletic made the most of its numerical advantage to dominate the second half without any excessive problems. Iker Muniain was on top form, constantly threatening Marcelino García Toral’s defence. The home side had plenty of chances to make it three but the match finished up 2-0.