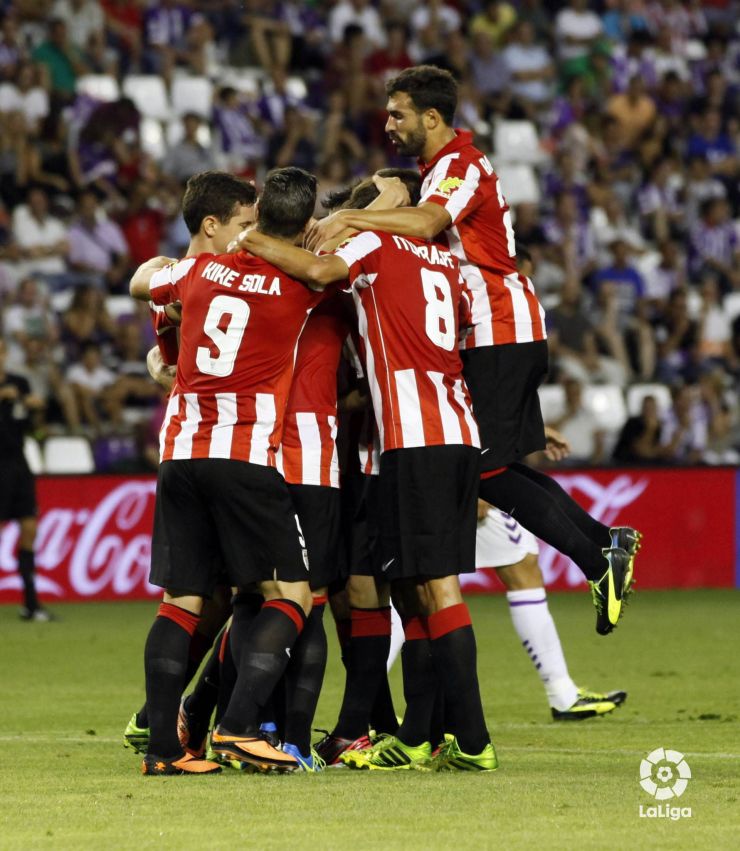 Athletic and Villarreal return to Europe

The Basque team will be playing Champions League football 16 years after its last appearance and the Yellows have won a place in the Europa League in their first season back in the top flight.

The final matches have been played and the teams who are to represent the Liga BBVA in Europe next season are now known. Club Atlético de Madrid, FC Barcelona, Real Madrid CF and Athletic Club will play in the UEFA Champions League, while Sevilla FC, Villarreal CF and Real Sociedad de Fútbol will compete in the UEFA Europa League.

Atlético, who are to play in the final of the Champions League on Saturday against Real Madrid, will be back in Europe’s top club competition next season after winning the Liga BBVA on Saturday thanks the point it sealed against Barça, the second-place team, on the final matchday of the championship in the Camp Nou.

The Rojiblancos and Azulgranas will be joined in the group stage of the 2014/15 Champions League by Real Madrid CF, who won their match on Saturday against RCD Espanyol in the Santiago Bernabéu 3-1 thanks to goals from Gareth Bale and Álvaro Morata (2), ending the league championship in third place, level on points with Barcelona (87).

The fourth team in the Liga BBVA that will be bidding to be among the continent’s best 32 clubs next season will be Athletic, whose fourth-place finish gives them access to the Champions League playoffs, a competition that has not been played since the 1998/99 season. Their match on Sunday against UD Almería ended 0-0.

Elsewhere, in the group stage of the next UEFA Europa League will be the Liga BBVA’s fifth-place team and newly crowned champions of the competition, a Sevilla who beat SL Benfica last Wednesday to lift the trophy in Turin.

Having come up to the first division this season Villarreal ends the Liga BBVA in sixth place after a 2-1 victory over Real Sociedad in Sunday's first match, a result that means the side from San Sebastian drops into seventh. Both teams will be in the UEFA Europa League qualifiers next season.