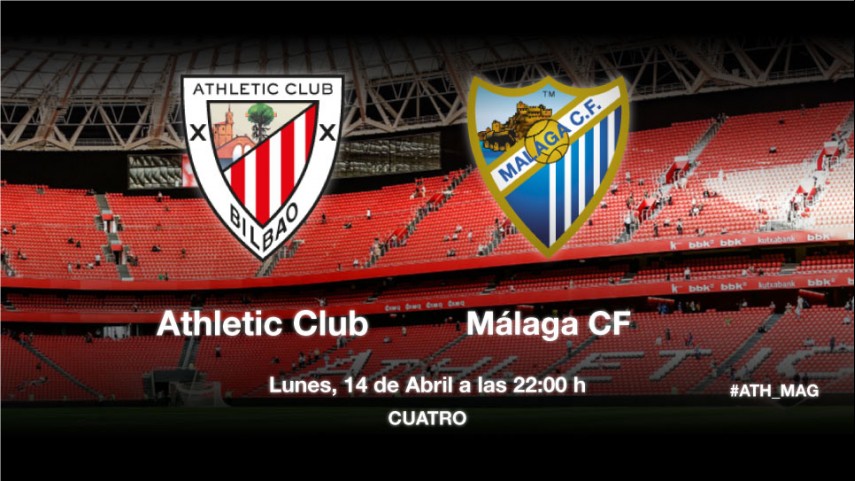 The rojiblancos will be looking to keep up the ball rolling with good results to stay in the fight for a Champions League place next season.

Athletic Club welcome Málaga CF to the San Mamés Stadium in the match that will bring to a close matchday 33 of the Liga BBVA.

Athletic, who have been in contention for a European spot for 33 matchdays, will be put to the test at their home ground by a Málaga in full recovery mode. Only RCD Espanyol and Club Atlético de Madrid have managed to win at the San Mamés, so Ernesto Valverde's side will be looking to use their home advantage to sure up their fourth place. The rojiblanco manager said: "The match against Málaga is massive" because it is "the key to achieving our goal". Mikel Rico, Carlos Gurpegui and Ibai Gómez are some of the absences for this game.

For Málaga it will also be an important fixture. With survival on their minds and after claiming two straight victories against direct challengers, Bernd Schuster’s men will want to continue their good run and hit their target as quickly as possible. Duda and Flavio Ferreira through suspension, and Kameni, Jesús Gámez, Tissone, Sergio Sánchez and Samuel through injury are the main absentees for the blanquiazules. Málaga’s German manager warned of the difficulty of the match: "At the San Mamés we’ll have to be very alert."