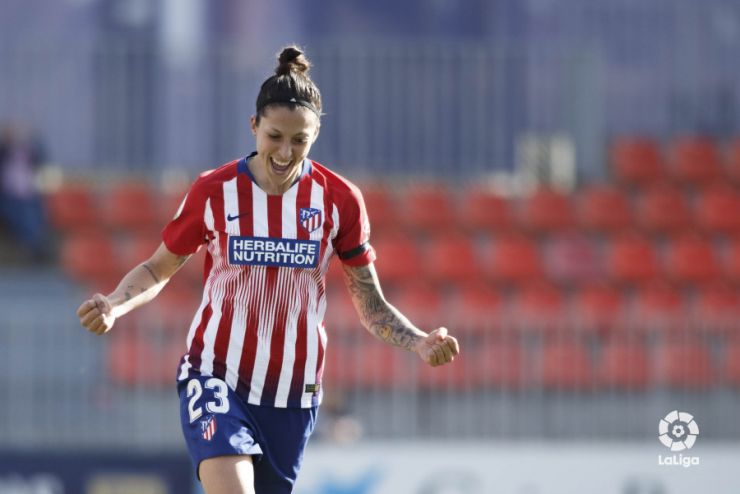 The side managed by Sanchez Vera have found the back of the net on 36 consecutive matchdays. The last time they failed to score was over a year ago, on 9 December 2017.

Order and tactical rigour are the defining traits of Atletico Madrid. Their coach, Jose Luis Sanchez Vera, is noted for his ability to analyse opponents and games. However, this season his team have come on in leaps and bounds on another front: their attacking play.

Sanchez Vera's preferred system is a 4-2-3-1, which he has alternated with a 4-4-2 in recent matchdays. A high press, which allows them to win the ball back in the opposition's half, moving the ball quickly and regaining possession quickly after losing it are the central tenets of his approach.

Las Colchoneras, who top the table, have scored a total of 64 goals. Last year, Las Rojiblancas ended the season with a haul of 74 goals, just 10 more than they have already netted this season. The figure to beat is the 91 goals Atleti scored in the 2016/17 season – their best return in the last five campaigns and one which gave them their first league title.

Ludmila and co. are on the right path. Going back six years, Atleti have never scored so many goals at this juncture. A significant contributor comes in the form of Jenni Hermoso, who has picked up the goalscoring baton from Sonia Bermudez, now a Levante player. The former PSG striker has rediscovered her finest form in front of goal. She has netted 14 so far, topping the Liga Iberdrola goalscoring standings together with Charlyn Corral.

However, plenty of other players are chipping in to. As many as 14 different players have got their name on the score sheet this season, including Laia Alaixandri, Linari, Ludmila and Olga Garcia.

Against EDF Logroño, Sanchez Vera's recruits produced their most emphatic win of the season, battering their opponents 6-0. The last time Atletico Madrid failed to score was on 9 December 2017, when they lost 1-0 away to Rayo. That makes for one year, one month and 25 days – or 424 days – without failing to score.

The last five seasons at Atletico Madrid, in goals:

Goals scored by Atletico Madrid by Matchday 19 in the last six seasons: