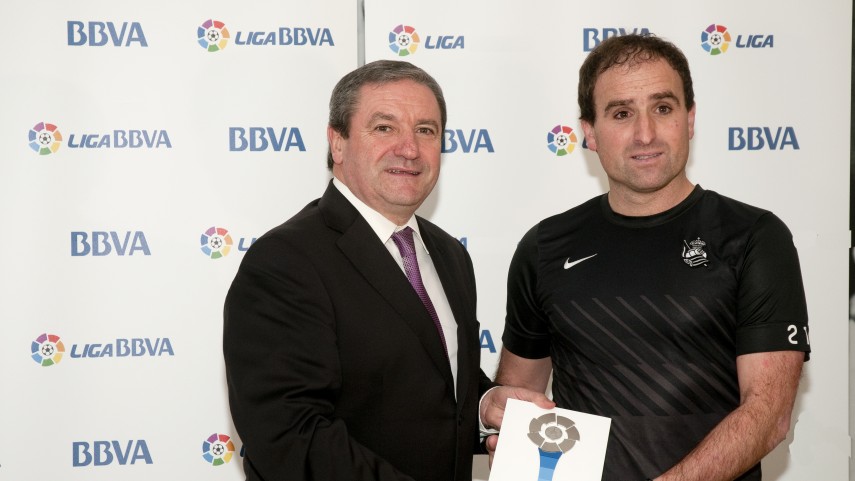 The Real Sociedad manager had a clean sweep of victories with eight goals scored and two conceded.

Those two matches completed a sequence of four victories on the trot, hoisting the txuri-urdinup to seventh place with 25 points, two away from the UEFA Europa League positions.

"I am very excited about receiving this award and while they have awarded it to me, it is due to the fact that the team has done so well. We recorded a very important streak of good results and although it is an individual award, it is for everyone's success", stated Arrasate after receiving the gong.

The attacking football being employed by the team from Donostia is turning into results and after a stuttering start to the season, Arrasate has got his team back on track and among the best in the Liga BBVA. In addition, it is no coincidence that one of his key players, Carlos Vela,also won the best Liga BBVA player for December.

The blanquiazules' first 17 clashes resulted in seven wins, and they have added more to their account in January in order to keep moving forward.