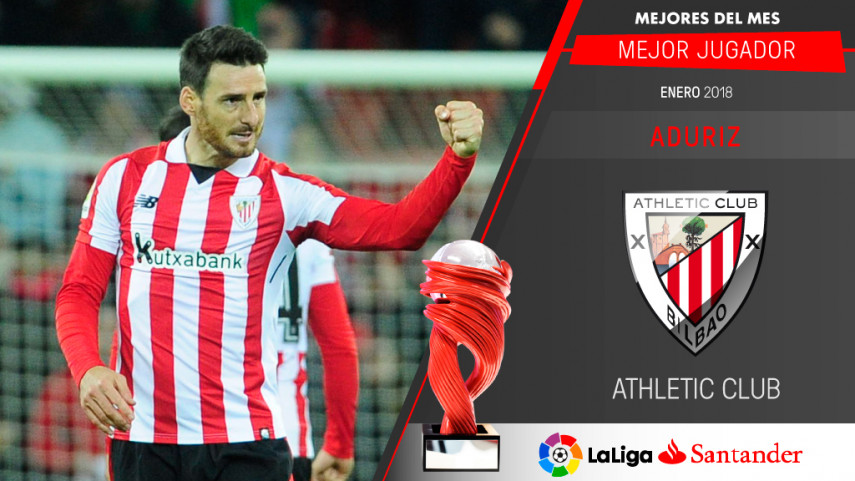 The veteran Athletic striker claims the prize in recognition of his brilliant gesture of fair play in his side's match against Eibar.

Athletic Club forward Aritz Aduriz has been named the LaLiga Santander Player of the Month for January. The Basque star set an example for all to follow by signalling to fans that the referee was right not to award a penalty in his favour, and asking them to respect the official's decision.

His commendable actions have been talked about the world over. In the 52nd minute of Athletic's clash with SD Eibar, Aduriz went to ground in the opposition's area. The referee signalled to play on and Aduriz quickly got to his feet, before gesturing to Athletic fans that the referee had made the right call and that his decision should be respected. A very admirable gesture indeed by the 36-year-old, and one in the true spirit of fair play.

LaLiga is an ardent supporter of fair play, both on and off the pitch, and was keen to not let Aduriz's honest behaviour go unnoticed, and so decided to name him the LaLiga Santander Player of the Month.

This season, LaLiga has added a new dimension to the awarding of the Player of the Month accolade, bringing fans closer to the action of the best league in the world. This will see Aduriz collect the award in front of the San Mames faithful, before Athletic's clash with UD Las Palmas this Friday on 9 February.