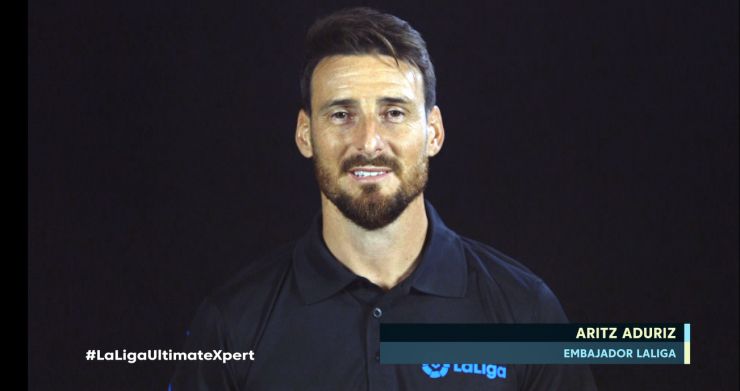 This weekend the LaLiga Ambassador and former Basque club player has a challenge for all of the candidates seeking to become the foremost LaLiga Santander expert in the contest being run worldwide by LaLiga's international broadcasters.

In Week 9 of LaLiga's Ultimate Xpert we continue to offer fans of the competition the chance to win more fantastic prizes via the official accounts of the international broadcasters. The Puma ball and shirts of the LaLiga Santander clubs are already doing the rounds in many corners of the world.

In fact, there are networks such as Sky Sports Mexico awarding prizes to subscribers who take part more than once. The more comments you post, the more chances you have to get the question right and take home the prize each matchday.

This weekend, LaLiga's official broadcaster in Germany, DAZN, joins in the action through its SPOX platform. There are now 34 international broadcasters in over 100 countries scouring their territories for the top LaLiga Santander expert matchday after matchday.

On the other hand, the campaign kicked off by StarTimes in Ivory Coast expanded to include Cameroon last matchday, bringing the contest to a new group of subscribers. Likewise, SuperSport subscribers in Nigeria, South Africa and Zambia can take part in the contest through a quiz posted on the channel's website, by selecting one of the three proposed options, or by responding to its Facebook or Twitter accounts.

On Matchday 23, the spotlight of LaLiga Ultimate Xpert falls on Athletic Club. And who better than Aritz Aduriz, the LaLiga Ambassador and Los Leones legend, to challenge international fans to guess which his most prolific goalscoring season was – clearly a question for only the most ardent supporters of the competition.

Don't miss more posts from the international broadcasters via the following links: