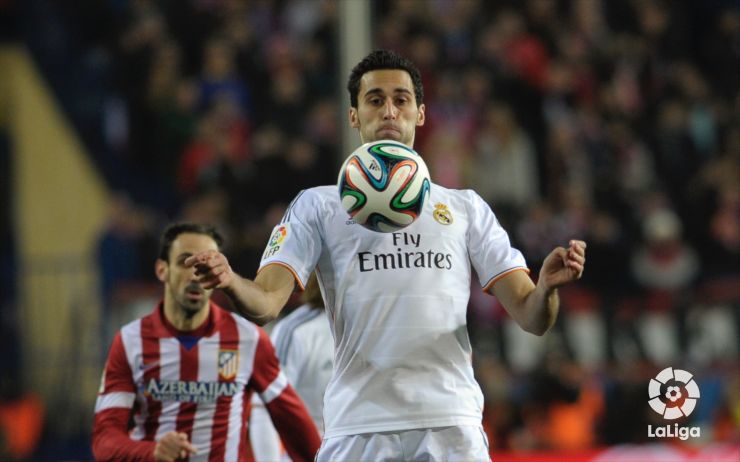 Arbeloa to miss game against Levante

Real Madrid have announced that the defender from Salamanca has suffered an injury to his right kneecap that will mean he misses at least the game against Levante.

Álvaro Arbeloa will be absent this Sunday at the Santiago Bernabéu Stadium when the Whites go up against Levante UD on the 27th matchday of the Liga BBVA. The Real Madrid CF player has an avulsion to the lower pole of the right kneecap, as the madridistas announced when they received the results from the test performed on the footballer.

The Madrid manager bemoaned the injury to the defender from Salamanca: “He’s a very important player because of his defensive ability and experience”. The Whites reported that it is not yet known how long he will be out injured, though as a minimum he will miss the clash against Levante. Arbeloa has played 16 of Real Madrid’s 26 matches this season in the Liga BBVA.