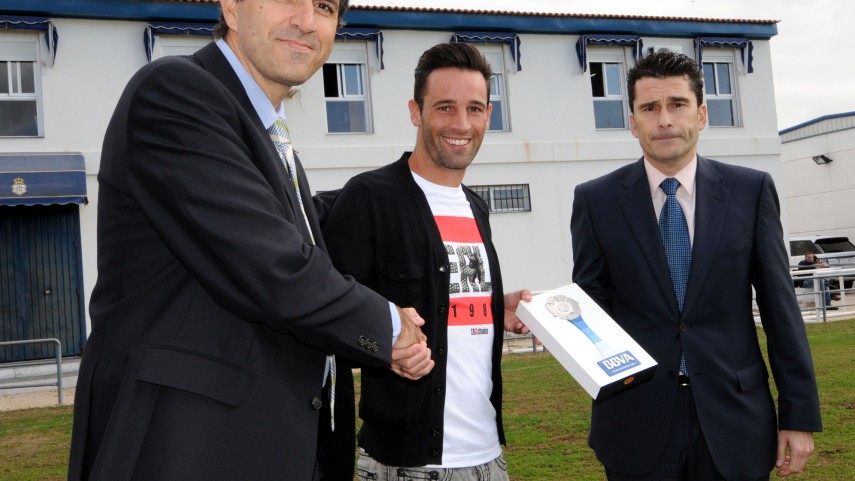 The Recreativo player was awarded the prize for his outstanding performances in the Liga Adelante last month.

RC Recreativo de Huelva player Manuel Arana has been awarded the Premio BBVA for the best Liga Adelante player in October which is presented by the main sponsor of the Liga de Fútbol Profesional.

"I'm both proud and satisfied to be acknowledged for the work I have been doing. I must also give a big thank you to my teammates and the gaffer, because they've helped and supported me in becoming player of the month", said Arana after receiving the award.

The 28-year-old midfielder is turning out to be one of the stars of this season's Liga Adelante thanks to his goal-scoring exploits. Having found the net eight times in twelve matches, Arana is not only one of the Liga Adelante's top marksmen, he has also equalled his own record for goals scored in a season (eight in the 2008/09 campaign with CD Castellón). Four of his goals came in October, against Real Madrid Castilla, CD Tenerife, CD Lugo and RCD Mallorca.

Thanks to his goals and excellent contribution to his team, the player from Seville has been one of the main architects of Recreativo's current success story. The club currently tops the Liga Adelante table with eight victories, two draws and two defeats.