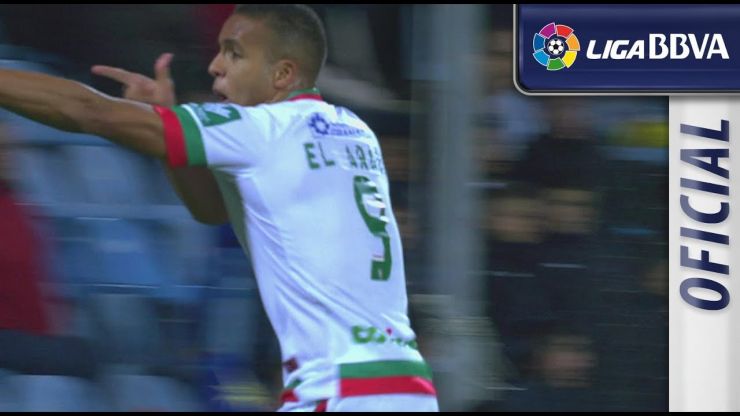 Arabi puts the brakes on the 'Contra effect'

Granada drew 3-3 with Getafe thanks to two goals from their Moroccan striker. The game was the Romanian's first in charge of the home side.

Getafe CF and Granada CF drew 3-3 in round 28's opening game in Liga BBVA. In his first game as manager, Cosmin Contra couldn't end his side's run of 12 games without a win, even though his side lead three times. Two goals from Moroccan striker Youssef El Arabi put the breaks on the Madrid aside and moved the Andalusians a point closer to safety.

Contra had asked the fans to get behind the side, and the Coliseum Alfonso Pérez responded in style. On the pitch, the players repaid the support and opened the scoring after six minutes, Ciprian Marica with a fantastic finish. Granada didn't give up and tested out Jordi Codina on numerous occasions. Eventually it was Getafe old boy Riki who made it 1-1. Before the break Lisandro López put the home side in front again from a free kick.

After the restart, the visitors levelled up thanks to Youssef El Arabi. Despite the fact Manuel Iturra was shown a second yellow and Getafe took advantage by going 3-2 with a goal through Ángel Lafita, El Arabi appeared once again to rescue a point and put the brakes on the 'Contra effect'.