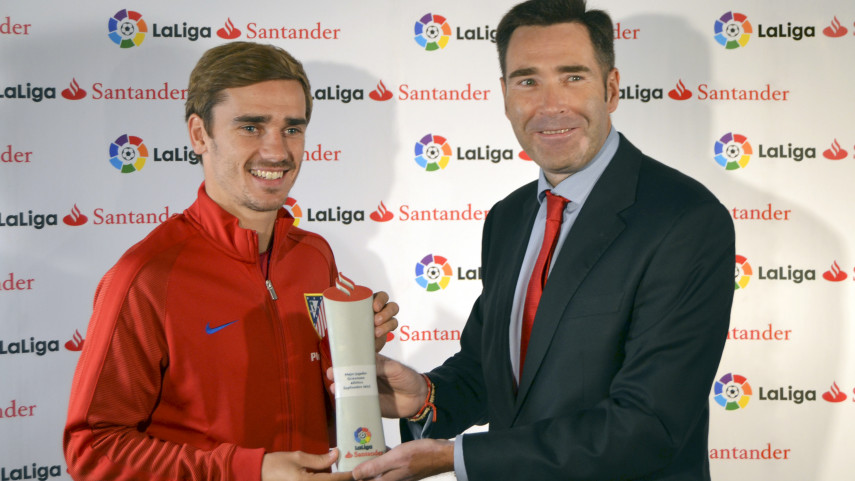 The Atletico forward receives this distinction in recognition of his stellar performances in the four games played during the month, in which he netted five goals and claimed one assist.

Atletico MadridstrikerAntoine Griezmann has been named the LaLiga Santander Player of the Month for September after leading the Rojiblancos to a near-perfect points return from the four games played during September.

Atleti went unbeaten in the competition last month, recording three wins and a draw. The Madrileniansfound the net 11 times and conceded just once in this sequence, with Griezmann weighing in with five goals and an assist. These are excellent statistics for a player whose exploits propelled him to the summit of the division's goalscoring charts and who is becoming a top striker capable of making the difference in games.

This accolade - which is awarded by Santander, the competition's main sponsor, and voted for by the LaLiga.es writers - was presented by Mr Felipe Martin, the bank's marketing director for Spain. This award recognises the value of a player whose stock is rising and of whom big things are expected this term.