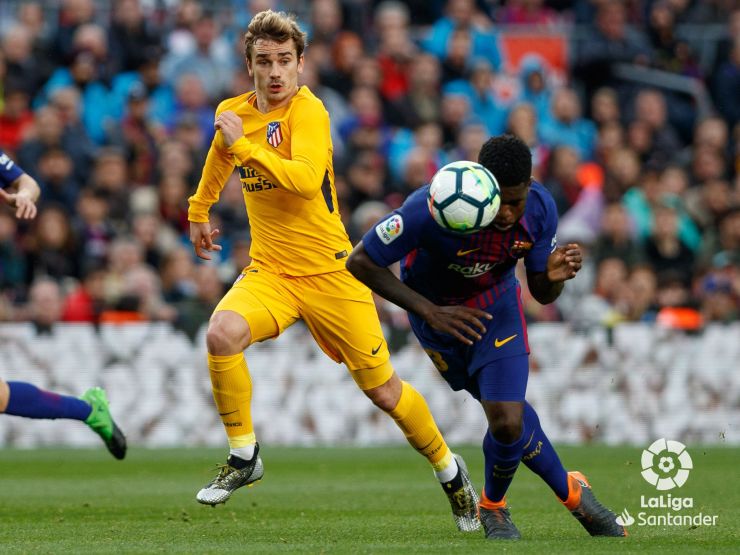 The Atletico forward picks up the prize in recognition of a sensational month in which he registered in three of his five appearances.

Atletico Madrid striker Antoine Griezmann has been named the LaLiga Santander Player of the Month for February after turning in a string of dazzling displays for Diego Simeone's side over the course of the month.

Griezmann is currently enjoying a rich vein of form and was on target in three of his five outings during February, plundering a total of eight goals in the process. The Atleti sharpshooter kicked off a prolific month by claiming the winner in the Madrilenians' 1-0 away triumph over Malaga CF. He then helped himself to a hat-trick as the Rojiblancos cruised to an impressive 5-2 win against Sevilla FC in their tricky-looking trip to the Ramon Sanchez-Pizjuan. In his final outing of the month, Griezmann netted all of his side's goals in the 4-0 rout over CD Leganes. However, there's far more to the Frenchman's game than just goals, as attested by the two assists he provided across the month. Griezmann's razor-sharp goalscoring instincts and general all-round play make him one of LaLiga Santander's most prized attackers.

This season, LaLiga has added a new dimension to the awarding of the Player of the Month accolade, bringing fans closer to the action of the best league in the world. This will see Griezmann collect the award in front of the Wanda Metropolitano faithful, before his side's match against RC Celta on Sunday 11 March.