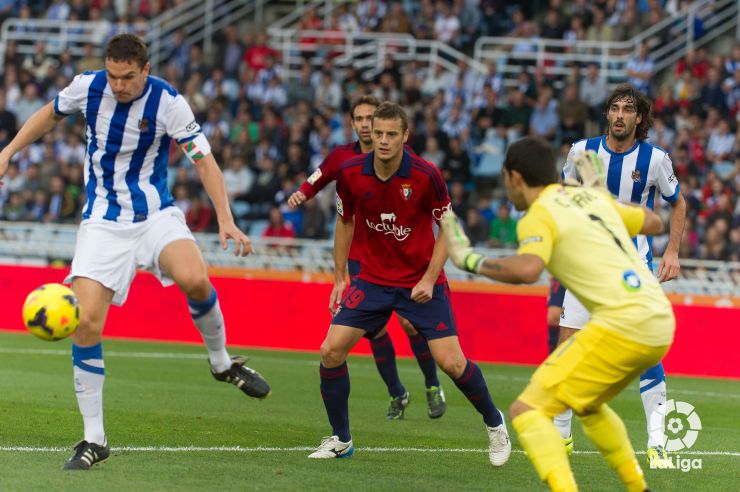 Ansotegi to stay at Real until 2015

The Real Sociedad centre-half has extended his contract, which was to expire at the end of this season.

Real Sociedad de Fútbol and Jon Ansotegi have agreed to renew the player’s contract until the 30th of June 2015. The centre-back was due to end his relationship with Real in 2014 and by signing the renewal he has extended his time in Donostia by one year.

Ansotegi played for Real Sociedad’s reserve team until the 2005/06 season when he made his debut for the first team, where he has remained for the last nine seasons. The 31-year-old Txuri-urdin centre-half has played a total of 171 matches (in the Liga BBVA and the Liga Adelante), scoring ten goals. This season the player from Eibar has played six Liga BBVA matches, finding the net once against CA Osasuna.