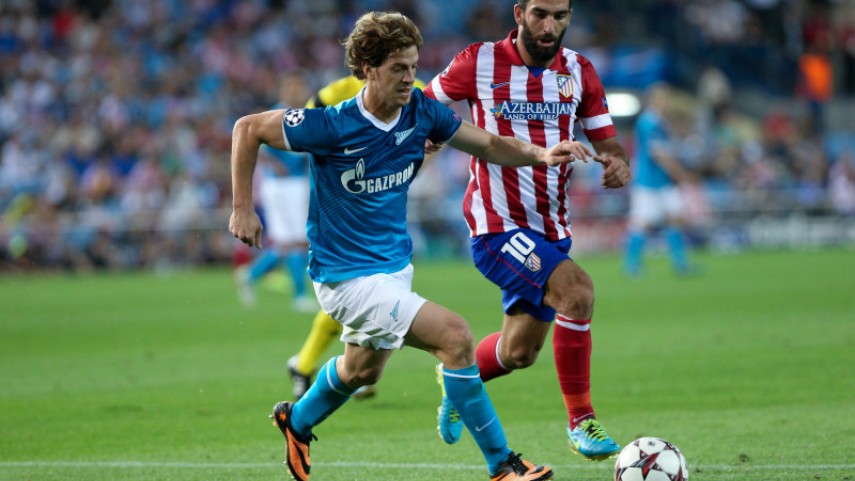 Ansaldi, on loan to Atlético

Zenit's Argentinian left-back will be looking to fill the space left by Filipe Luis on that flank.

Club Atlético de Madrid and Russian team FC Zenit have reached an agreement for Argentinian defender Cristian Ansaldi to play at the club from the banks of the Manzanares next season, on loan, according to a statement from the Liga BBVA champions on their official website.

Ansaldi is an experienced full-back. He started his career at Newell's Old Boys in his home country before making the trip to Europe to play for FC Rubin Kazan in Russia. He was at the team for six years before joining Zenit, the club from which he has made the trip to Spain. During his time in Russia he won two league titles, both with Rubin.

"Ansaldi is a player who will help increase the competitiveness of the group. He is a full-back who can play on both wings, a defender and he is comfortable joining the attack. His versatility will bring a lot to us, we are very happy with this agreement", said José Luis Pérez Caminero, the club's sports director.