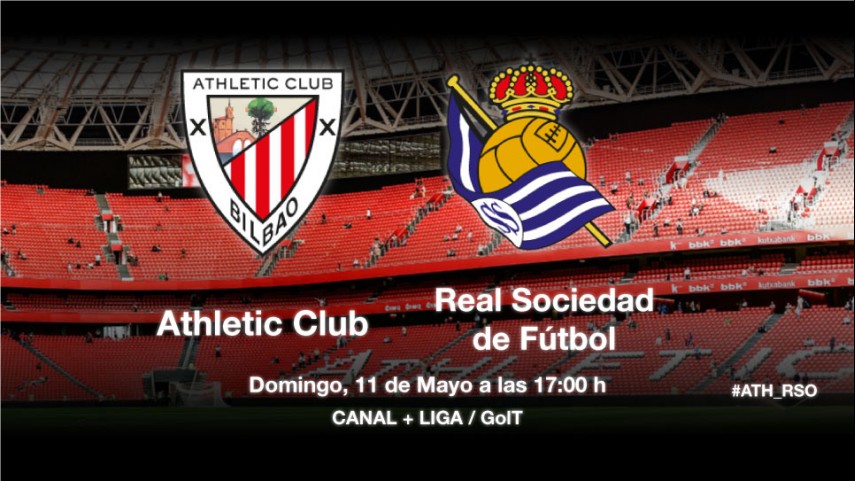 Another derby packed full of emotion

Athletic and Real Sociedad go head-to-head for the first time in the new San Mamés in a clash the San Sebastian side will be looking to win in order climb to fifth in the table.

Athletic Club and Real Sociedad de Fútbol will fight it out in a passionate Liga BBVA matchday 37 encounter.

The Lions come into this match having already mathematically secured fourth place in the league and sealed the final UEFA Champions League spot in the Spanish topflight. However, according to Ernesto Valverde the home side still needs to put on convincing performances in its last two games: "Our goal now is to finish with over 70 points, and end the season on a strong note so that people remember what this team is all about". The Bilbao outfit will be without the injured Aritz Aduriz up front.

Meanwhile, Real Sociedad will be looking to pick up all three points and win a fourth consecutive Basque derby for the first time in the club's history. As an extra incentive, the San Sebastian side will be fighting to finish fifth in the league. "Coming away with the points is very important for us. We need to win in order to guarantee a sixth-place finish at least and stay in with a chance of climbing to fifth", declared Jagoba Arrasate, who will have to do without José Ángel (injured) and Mikel González (suspended).