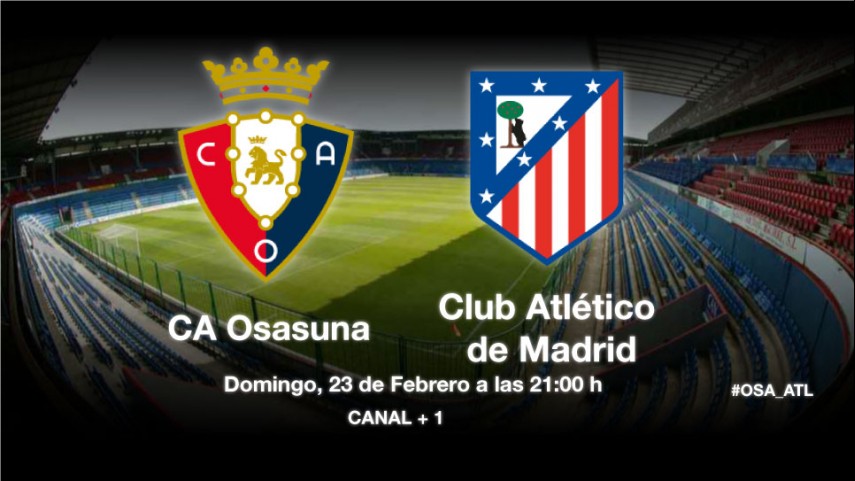 Another challenge for Atlético

The Red and Whites will be looking to win in El Sadar in order to stay in the title race.

Atlético Madrid travel to El Sadar to take on Osasuna for matchday 25 of the Liga BBVA.

"We are up against one of the best teams in the league", is how a full-of-praise Javi Gracia described Atlético Madrid’s upcoming visit. The Navarran side, which has gone two matches unbeaten, will be without Sisi, Patxi Puñal and Miguel De las Cuevas, who are all out with injuries. The coach seemed confident in his pre-match press conference and stated that his team "has a chance". Gracia explained that "the team is doing very well and the players are really motivated" and that they are "optimistic ahead of this match".

Meanwhile, Atlético Madrid will treat this game as another challenge to overcome. El Sadar is one of the most difficult grounds to visit in the Liga BBVA, however, Real Madrid and Barcelona, direct title rivals of the Red and Whites, have both won there this season. Simeone was also full of praise for the upcoming opponent: "The match against Osasuna will demand a lot from us. It is a side that is very at ease on the pitch". Filipe Luis returns to the squad but Tiago Mendes and Javier Manquillo are both out with injuries.