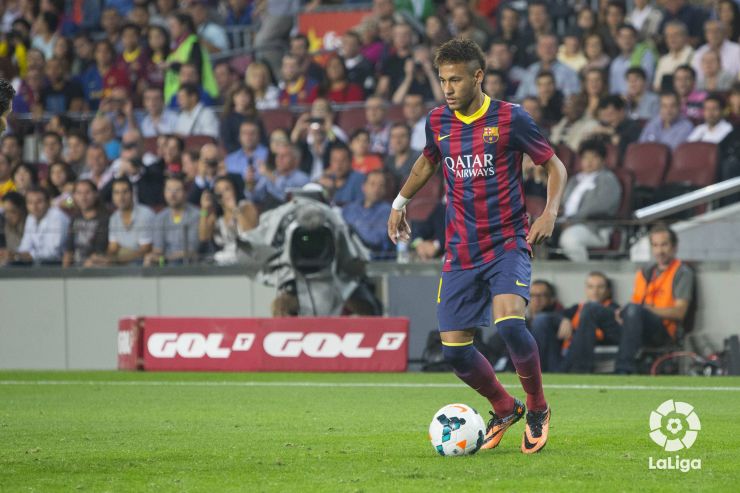 A masterful performance by Neymar leads Barcelona to yet another Liga BBVA victory.

Barcelona keep marching on. With Saturday’s win against Real Valladolid the Catalans have now made it eight from eight since the start of the Liga BBVA season. The visitors, to their credit, were courageous from the start of the match, albeit helpless in trying to prevent the Catalans from scoring.

It was Valladolid that struck first though, when in the tenth minute a Patrick Ebert corner kick was heading into the back of Víctor Valdés’ net by Javi Guerra. The blaugrana responded immediately when Alexis rifled a shot from distance that Diego Mariño was powerless to stop from going in.

Valladolid knew how to hurt Barcelona on the break, and their best moments came when deploying this tactic. Only for the first half though as Barcelona became ruthless after the break.

Neymar was at the forefront of the home side’s onslaught. His pass set up the second goal which Xavi put away, and was also at the heart of Alexis’ second goal of the night. The Brazilian got on the score sheet as well thanks to a marvellous bit of play from Alexis which he gratefully finished off.

Valladolid, who were strong in the first half looked worn out and although still tried to use the break to open up Barca, were unable to find a way back into the game. The visitors played valiantly and gave Barcelona plenty of work throughout in defense.