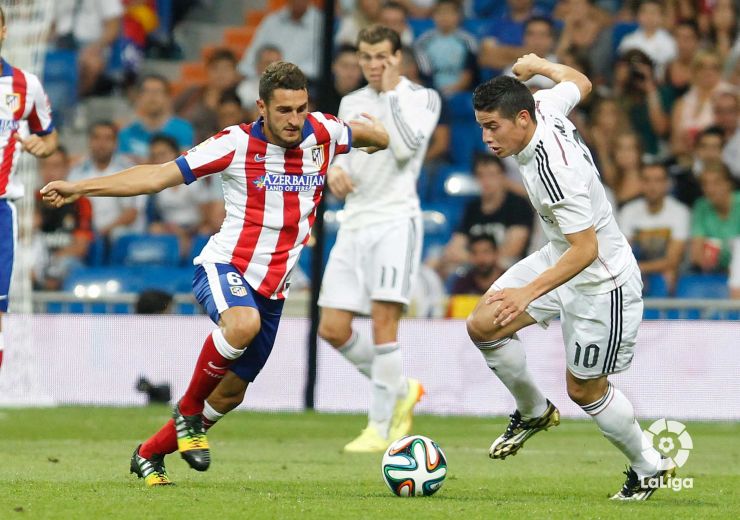 The Real Madrid boss analysed the game in a press conference, while the Argentine coach spoke about his side in an interview with the Italian press.

The Real Madrid coach Carlo Ancelotti gave a press conference on Thursday to preview his side’s crunch match with local rivals Atlético Madrid in the second leg of the Supercopa de España, which comes just three days after the tense 1-1 draw at the Santiago Bernabéu.

"I’m going to modify some positions on the pitch because we need to play with a little more intensity than Atlético. They have a slight advantage and will employ the same tactics as they did in the Bernabéu", said the Italian.

Ancelotti was hopeful that Cristiano Ronaldo, who had to retire from the first leg at half time with a knee injury, would be fit in time to play the return game. "Cristiano Ronaldo has trained well. He has completed a normal training session and he is available to play, he could make the starting line-up",  said the coach.

Ancelotti also said that Colombian forward James Rodríguez, who opened the scoring for Madrid in the first leg, had made a bright start to his Real Madrid career. "James is playing very well, he is adapting to our style of play and has played well in both of his first games. James has to play in a more withdrawn position because the team needs someone of his style to play there, but he can play in every position".

Meanwhile, Atleti boss Diego Simeone spoke about the game in an interview with Italian newspaper La Gazzetta dello Sport. "We are just finishing building our team, I see this as a new start, especially in attack, because our team has a different feel to it",  he said. "We have maintained the solid structure that supports the team, but we are also deciding which style suits us best. We have to be patient".