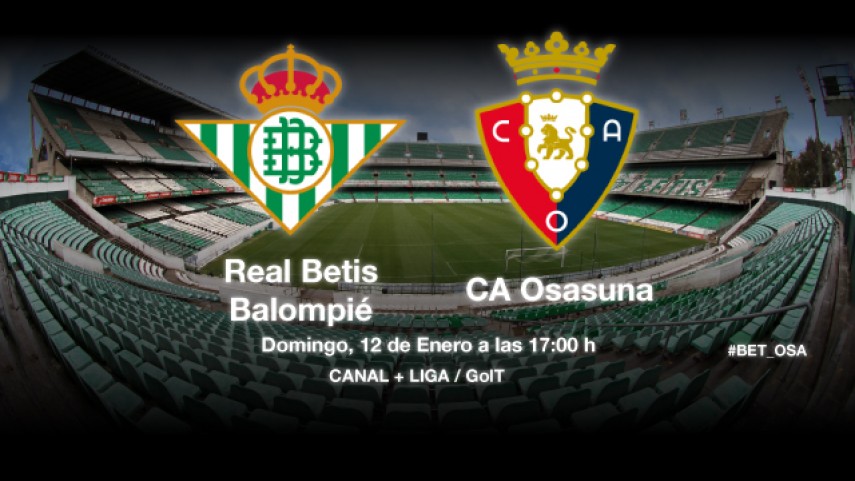 An urgent clash in Seville

Betis and Osasuna come into the last of the first round of matches in a delicate situation. The Andalusians are propping up the table and need to start collecting points in threes.

The Estadio Benito Villamarín will witness a passionate clash between Real Betis Balompié and CA Osasuna on Sunday. The Andalusian side are bottom with 11 points from 18 matches and the club from Navarre have seven more, just two points above the upper limit of the relegation zone.

"The match against Osasuna is not definitive, but it is very decisive", stated Juan Carlos Garrido about a match that Betis cannot afford to let slip. While the side from Seville looks for fresh faces in the winter transfer window (the first to arrive was Léo Baptistão) they face the Liga BBVA matchday 19 game with Damian Perquis, Nosa Igiebor, Álvaro Vadillo and Xavi Torres all injured.

Javi Gracia shares Garrido's opinion on the importance of the game. "We can leave a close rival in an even more difficult situation, and we would also finish the first round of matches with a little room to breathe", declared Osasuna's coach in a week in which he brought in Cristián Lobato and Javier Acuña to add steel to the team. The latter has been called up for the match against Andalucía.